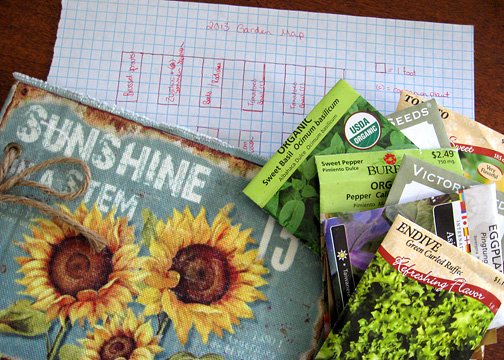 Big, fluffy snowflakes fell yesterday and it felt as though Mother Nature was trying to remind me that it is not yet Spring and not yet planting season. Being in Ohio, our garden doesn’t even get planted until May and this is February, after all.

But tomatoes and peppers and eggplant and such need to be started now if we’re to have nice, healthy plants to transplant come May. And so it begins. The start of the 2013 gardening season. The soil and seeds and trays were brought up from the basement and seeds were planted with love before being gently tucked away with a heat mat and a grow light.

With that chore out of the way I took some time to write a bit in the garden journal. Nothing fancy, just plans and ideas for this year’s garden along with the varieties I started and the varieties I’ve ordered. I’d eventually like to get into the habit of tracking how well plants grow/produce, how many pounds we’ve harvested in a season, pictures, and more. For now I’m content with just some quick little notes.

The map of the garden is drawn up for this year, too. Last year we decided to get a little more serious with how we organized it and set it up in a way that we could do crop rotation. The garden is divided into four quadrants, with 3 ‘beds’ in each. Last year the tomatoes were planted in quadrant #1, so this year they shift to quadrant 2 in a clockwise fashion. Peppers were planted in quadrant 3, so they’ll move to quadrant 4.

I have a feeling the way we have it set up means a lot of ‘wasted’ space – we left a decent amount of room between the ‘beds’ to allow for walkways for us to get in and be able to get to the harvests.  I often wish I could spend a week with someone wiser than myself at this gardening thing so I could spend as much time as I can helping with their garden and, subsequently, learning how I should be doing things. Anyone out there willing to take a struggling gardener under your wing in exchange for an extra set of hands to help around the garden? 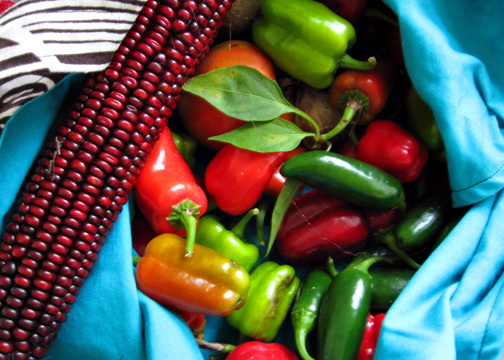 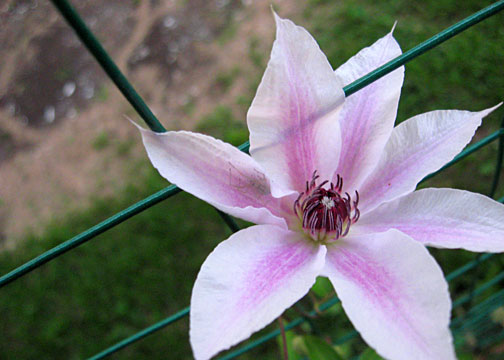 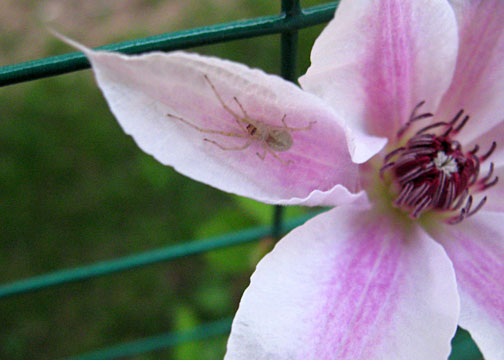 The first bloom on the clematis trellis we built earlier this summer, and a second one closely behind on the second plant. I’m very thankful that my raised bed/trellis idea has worked out. The distressed clematis plants we picked up for cheap have done really well in their new home. It looks like a little spider has found a little home for itself, too. 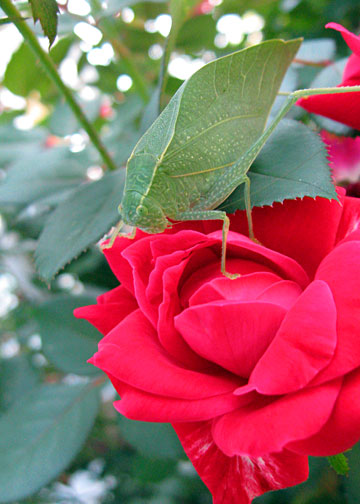 Found this little guy on my roses yesterday as I was out cutting a few for a little vase in the kitchen. 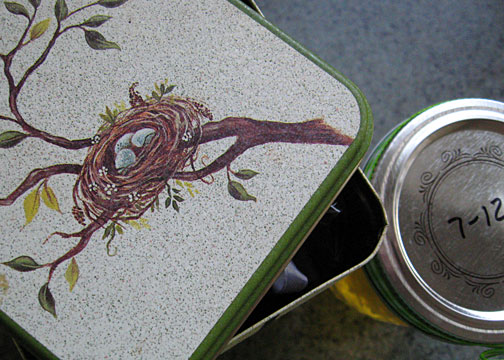 Another gray, cool morning. I quite like it. Fixed myself a hot cup of tea this morning. We visited a new local farmer’s market Friday evening and I picked myself up a small jar of local honey. They had a few different shades you could try, and I ended up picking the lightest variety despite my love of the deeper shades. I thought it tasted citrus-like, but I’m pretty sure the booth owner thought I was a little crazy when I mentioned it. 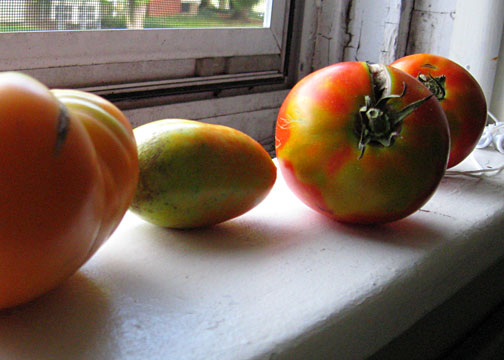 The garden has been kind of a disaster this year. Again. Sigh. Almost all of our Roma tomatoes were hit with Blossom End Rot. Our other tomatoes aren’t doing so great, either. I’ve resorted to picking tomatoes early – at the first sign of their color turning – and letting them finish ripening in the window of our kitchen. Our corn has been smacked around this season by the storms so I’m not even sure what we’ll end up with – if we end up with anything. There are ears on the stalks, but I don’t know that they’ll be any good. The tomatillo is huge, but for all the blooms it put out there’s only about 1/4th of them that actually resulted in fruit.

Overall, I feel like this has just been a really underwhelming gardening year. Which is no surprise, really, considering the struggles everyone is having all over the country with the lack of rain and whatnot. I doubt I’ll get anything canned this year. Oh well. I’ll just have to start planning now for amending our soil this fall for next year’s garden in hopes that I can fix the issues. 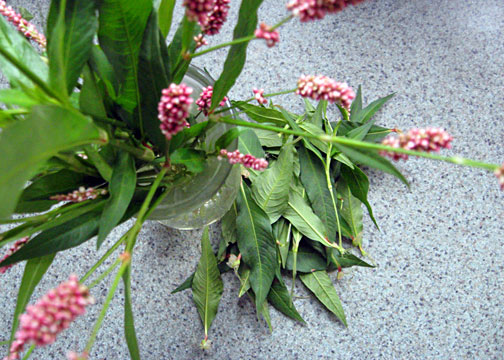 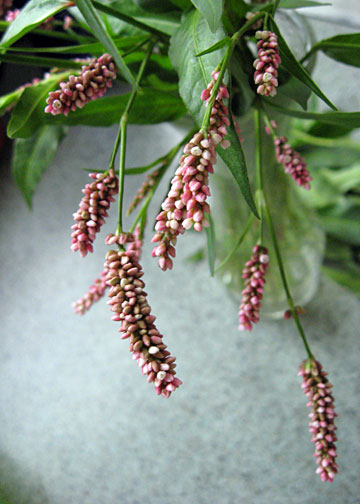 The one thing I can seem to grow is weeds. The front flower bed has been a mess lately, but today it rewarded me with some pretty Pink Smartweed to cut for a vase. I do believe this is one plant I won’t be ripping out anytime soon – it’s too pretty to rip out. (If it’s too pretty to remove, does that make it a proper flower?)