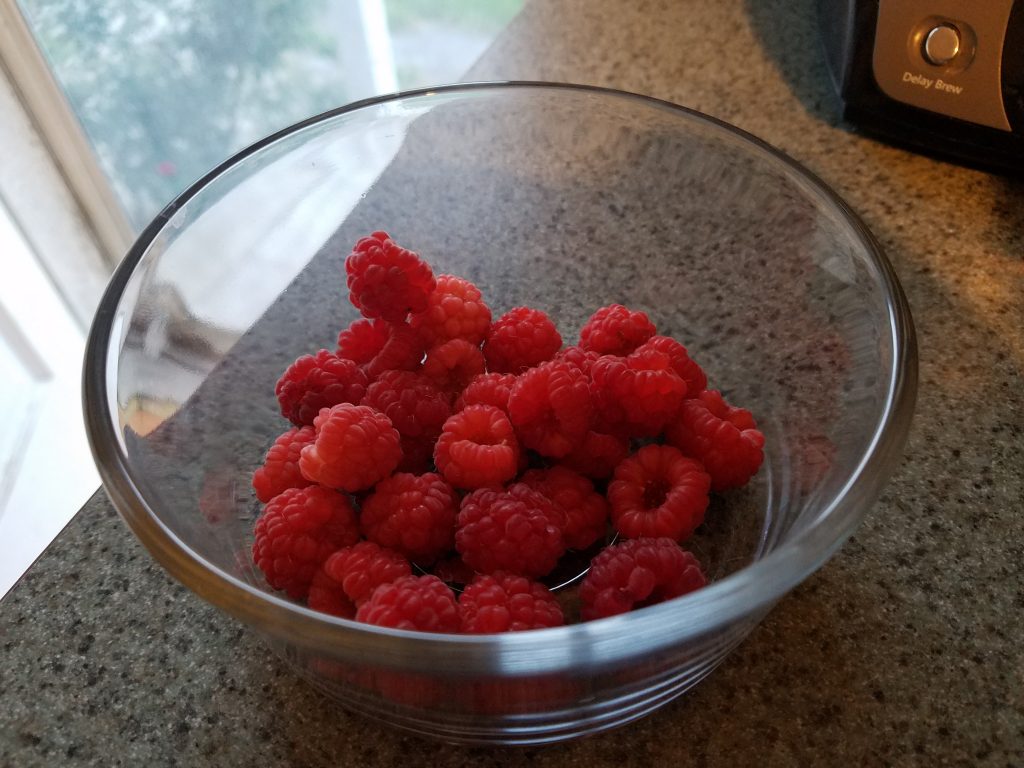 Just a small amount of raspberries, but the canes are full of more to come! 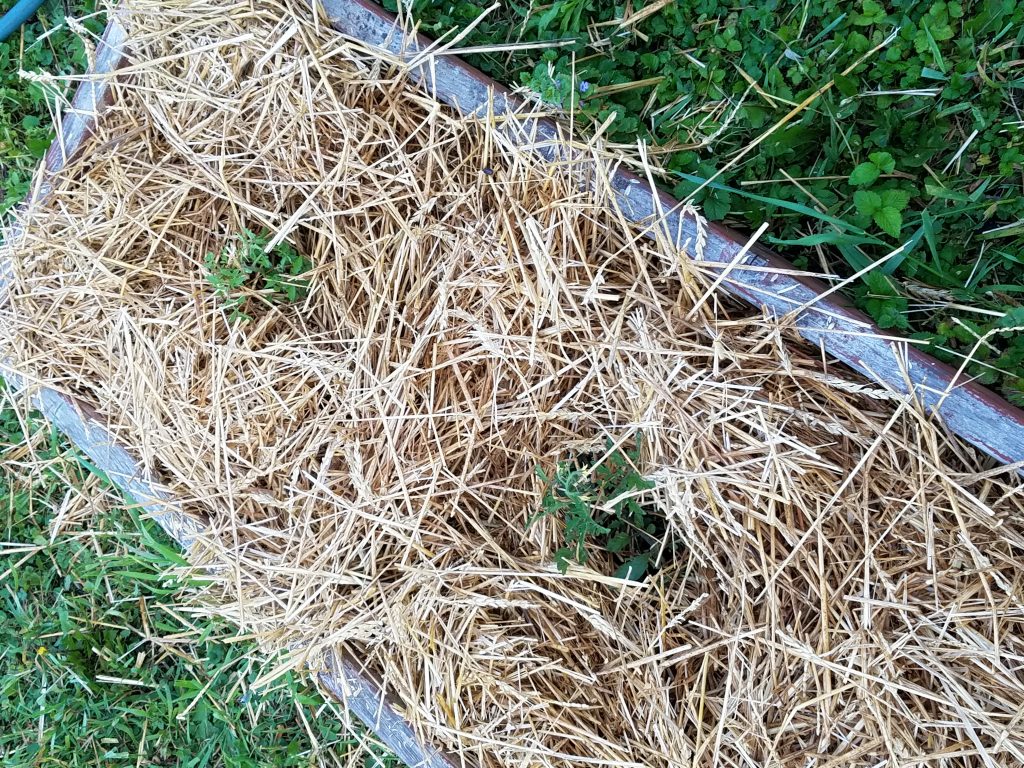 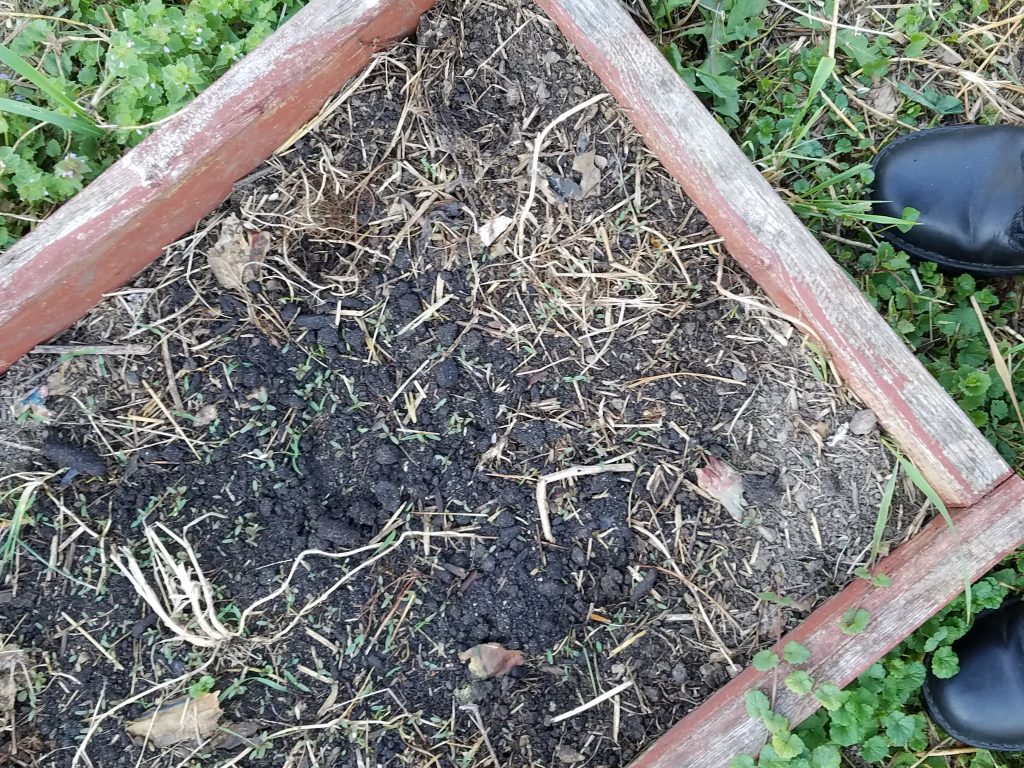 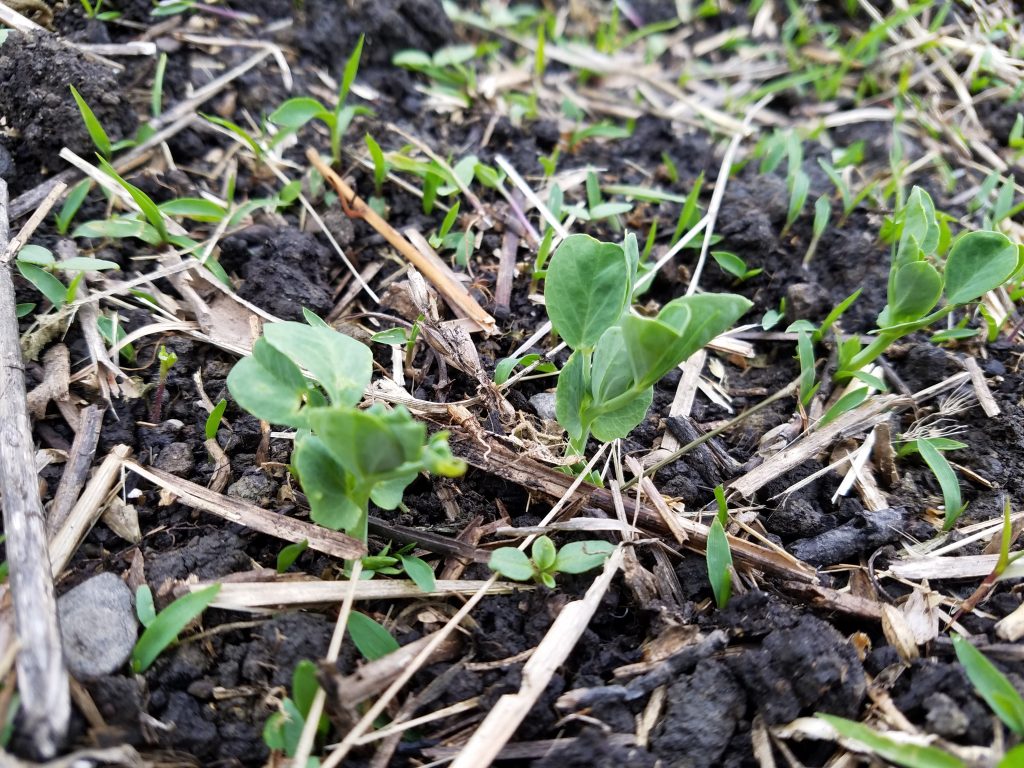 When I set out to plant the garden this year, I didn’t order new seeds (I decided to not start my own tomatoes and peppers this year), nor did I test my germination rates on the radishes or zucchini or peas. I pretty much went the laziest way possible and planted and hoped for the best.

Aside from the fact that my beds are clearly going to struggle with weeds this year thanks to pretty much half assing the garden since getting pregnant/having a baby… I’m otherwise not disappointed. Some of my seeds were pretty old, and I didn’t exactly store them properly. But as of right now this garden will be cruising along just fine.

I think I’ve officially decided to rip out half the beds next year. We haven’t gotten them all cleaned out yet, and though my kid loves being in the garden he also likes to wander, so I can’t focus on a bed to get it cleaned very well. And as he gets bigger I want him to have the yard for play… so, we’ll back it off.

Actually, what I *might* do is stack the boxes on top of the other ones and secure them together and just make deeper boxes. That way I don’t have to store these things for later when we might decide to go back to a big garden. 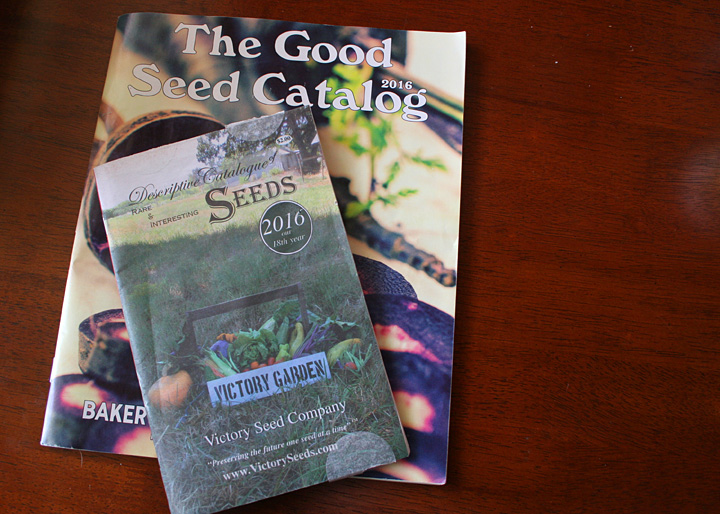 My grandfather was once amused to hear how much I loved gardening and how I wanted a farm. I’m (pathetically) not very knowledgeable about my grandparents and their history/childhoods, as many young’uns are. I knew, though, that every year my grandparents had a large garden they tended. When I discussed how I wanted to grow all these different veggies, he laughed and joked about how he never understood why anyone would grow potatoes when you could go to the store and buy them so cheaply. Ever the logical man, Grandpa felt that the amount of work involved in growing them and, subsequently, digging them out of the ground wasn’t worth the effort when you could buy a big bag for a few bucks.

At the funeral last month I heard something I didn’t know before. My grandfather wrote a bit of a biography (which I really can’t wait to read if it ever makes its way to me), and in it he talked about how he worked as a farm hand during the Great Depression. His parents were farmers, and he used that experience to get a job elsewhere when there was work available. He made a whopping $7/week and was given room and board and, in exchange, worked a lot of the hard labor that comes with running a farm. When he came back from the Air Force and married my grandmother, the two of them bought a 25 acre farm because, as he quoted, “you can take the boy off the farm but you can’t take the farm out of the boy.”

I often feel like I don’t really have anything in common with my own family, but this story resonated with me significantly. Farming is, clearly, in my blood. What I originally thought was just a Great Depression hangover – just something my grandparents did because it was what you did to make sure you survived – was far more than I realized. It was like I had this sudden connection with my family that I didn’t understand before.

These last two years my garden has been an afterthought. I feel as though I’ve somewhat lost my passion since becoming a mom and I’ve just been floating in survival mode these last 2 seasons. I have a lot on my plate right now, no doubt (much of which I don’t even talk about here), but it’s time to stop making excuses and start getting this garden thing back together. If you’ve been hanging around these last two years, thanks for sticking around with me and putting up with me. :) I can’t promise it’ll be like the old days – people change and all of that – but let’s aim for more gardening from this wannabe homesteader, yes? 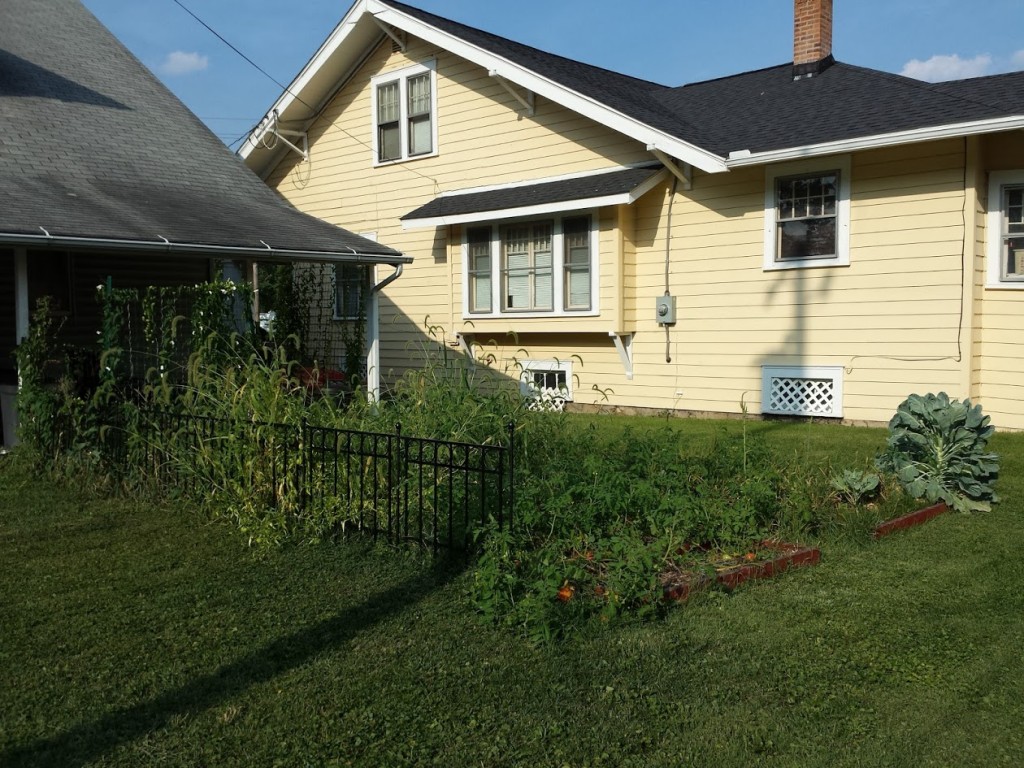 Allow me to present the most pathetic garden in the history of gardens. Ok, exaggeration – obviously. But it’s pretty sad. The tomatoes didn’t get staked. The peppers didn’t even remotely make it. The bean trellis (which is home to beans that were never planted) is full of morning glory vines aka the vine of death and doom that we nearly had beaten back.

Overall, I’ve basically just been the worst person ever about keeping up with it this year.

Oh well. There’s always next year. And, with any luck, next year might be at a new place. IF I can get a freaking realtor to ever return my calls/emails. There’s this perfect property for sale with a sweet little 2 bedroom house on it. It needs work, but it’s perfect for what I’ve wanted, both in the amount of land and the size of home (which would require much purging, but would be totally worth it). It’ll probably be snatched up before we can even get ready to place an offer but I’m trying to not let that deter me.

Regardless, I’ve gotten a bit of motivation again and have been trying to buckle down and tighten up our spending. We have a new roof coming this month, which is draining a lot of our savings (hooray home ownership), so we need to not only replenish that but also start saving back for a down payment. It’s incredibly hard to find the kind of property I want, in the area I want, without spending a small fortune more than I’d like to. My only hope is to put enough of a down payment on a place that I can keep the mortgage low enough that I could work part time and farm part time (my ideal situation, honestly – I don’t want to take care of a house and a kid on top of acres of land and chickens and such while trying to work as much as I am now. That’s pretty much a recipe for a giant meltdown.) So who knows – maybe in a year or two I’ll finally be able to stop dreaming of a farm.