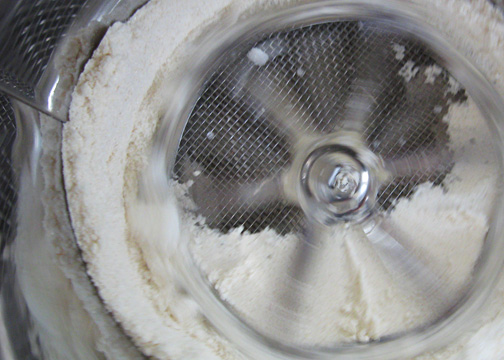 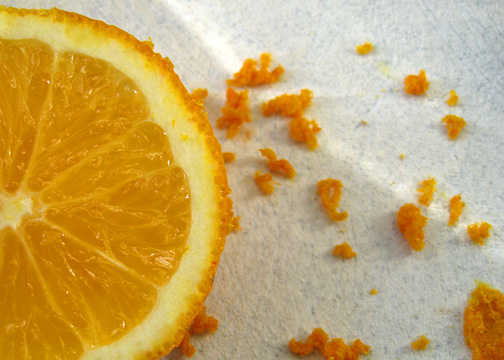 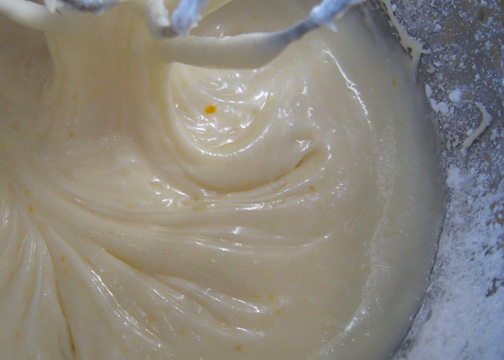 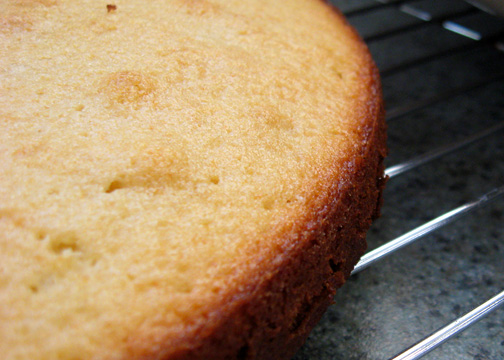 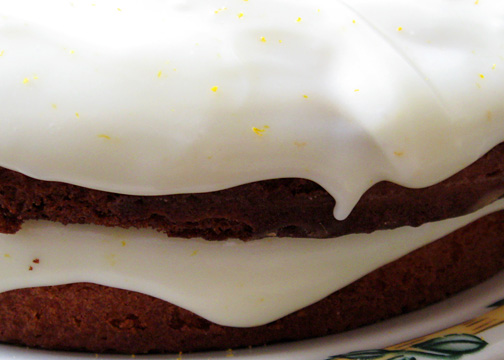 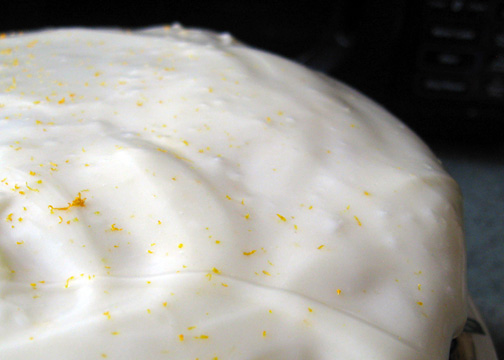 I needed something to keep myself busy this afternoon.  I attempted sewing myself some new pajama pants, only to fail miserably. It takes a special kind of stupid to end up making the top waist area into legs, effectively reversing the entire pant. The project was thrown into a wad in the corner of the closet – I couldn’t bear to look at it any more.

Because I’m a glutton for punishment, I went to the kitchen to console myself by baking a cake. With a recipe I’ve never made before. With the hope (and maybe a prayer) that I could make something work today.  The big challenge: I really need to make a grocery run. So a lot of recipes were out. Too many of them needed a lot of butter, or heavy cream, or whole milk. I had a stick of butter, about a dozen or so eggs, and cream cheese.

So I made do. I used this recipe for the cake. I had powdered sugar, cream cheese, and oranges in my possession, so I attempted a half-assed citrus cream cheese frosting. 1 package of low fat cream cheese, some orange zest, about a 1/4 of an orange’s juice, and probably way too much powdered sugar (maybe 2.5-3 cups?). Seriously, it tastes a little too much like the powdered sugar and has lost its ‘cream cheese’ goodness. With a mild orange flavoring.  Icing the cake was, well, cake. It was smooth/supple and spread nicely, and has that pretty drippyness to it over the edges that I like.

I haven’t cut a slice yet, so I can’t vouch for how the cake itself turned out (though it got a lot of great comments/reviews). But at this point I don’t think I give a damn what it tastes like – I just needed something to turn out today and, at least as far as the pictures show, I think I accomplished that.