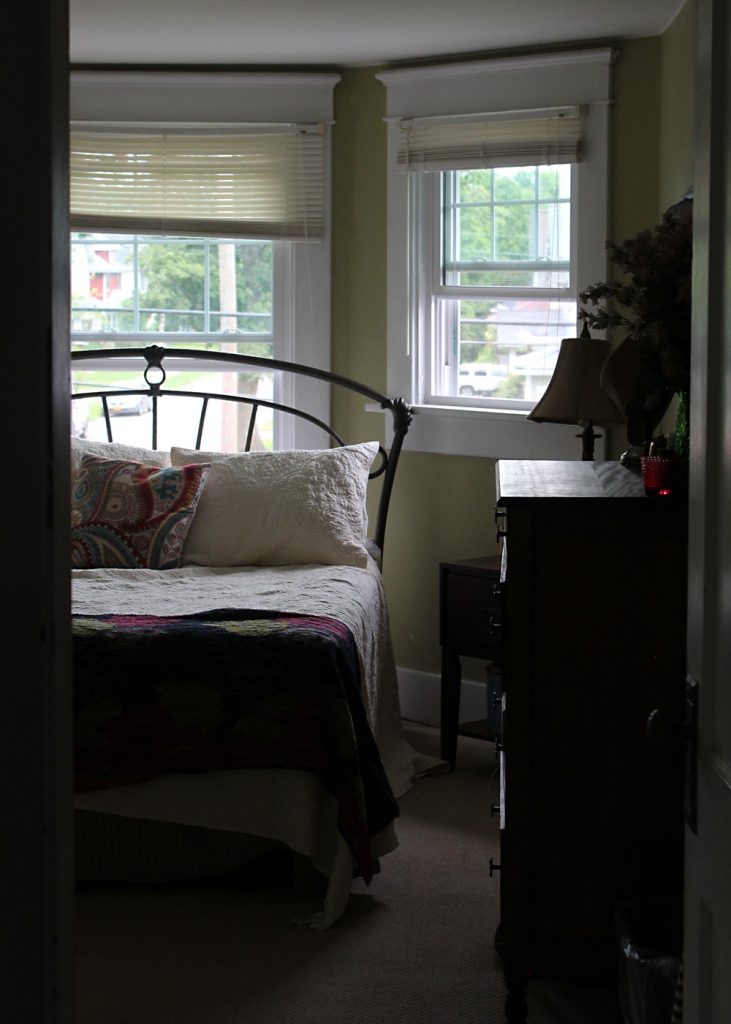 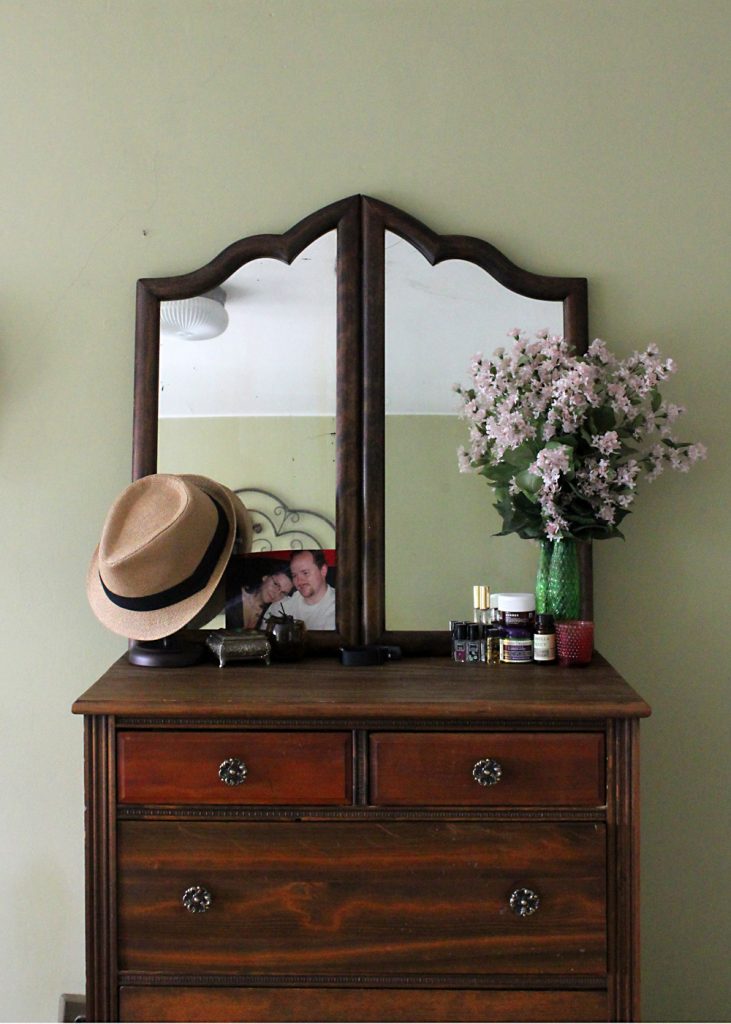 This week… where to even begin. Literally if it can go wrong, it has.

I fractured my hand at the gym. Put too much weight on my left hand, didn’t keep my whole hand on the floor, and popped my thumb backwards. Avulsion fracture right at the base of my thumb, and the upper joint of my thumb isn’t too great either from hyper extending it. Luckily it’s something that will heal without surgery and in the meantime I’m just in a splint to keep the Little Mr from bumping it and injuring it further.

Renovations on the full bath upstairs started Monday. We knew we’d be without a shower for a few days, so we’ve been making do – washing my hair in the kitchen sink, for example, and I’ve borrowed my sister’s shower when we got really gross and washcloth baths weren’t cutting it. We were originally told Thursday we’d have a working shower, so at the very least with the rest of it not done we could still shower in the mornings. Thursday became Friday, of course, because all renovations take more time than you think they will. Friday…. well, Friday we thought we were all set. No one as the house when we got home, probably because they wanted to get out of work a bit early on a Friday (and who can blame them). The shower was all cleaned out and the curtain rod installed, so we figured that was our sign to take a shower. Soooooo the Mr decides to be the first to use it while I sit on the porch drinking wine with a friend. He comes downstairs and there’s water everywhere. Just pouring out of the ceiling in my dining room.

I, of course, immediately take photographic evidence and email it to the contractor. Apparently there was some concern that the drain pipe might have cracked, but when they cleaned it out for us there wasn’t any leaking so they figured it was fine. Never mind that the house is nearly 100 years old and the drain pipe probably should have been replaced at the same time as the tub… I’m not a contractor, of course, but I just kind of feel like that should go hand-in-hand if you have any remote concerns about it. Because I’d totally hate to get everything installed and then 2 weeks later end up with this problem. We’re very irritated, as you can imagine.

In the meantime, between all of this, our hot water heater broke, just a few months past the 9 year warranty. Because of course it did.

I’m trying to keep my spirits up, but this is all wearing on me. I can’t find anything I need in the mornings because boxes of bathroom things are everywhere. The half bath downstairs isn’t 100% finished, so I have no storage shelves to stash my cleaning supplies and extra toilet paper. And all of it sitting in my craft room means I don’t even have space to work on the quilt I need to finish. I cried – outright cried – yesterday. I want my house back. I want everything to look nice and not covered in a ridiculous amount of dust daily. I want a bathroom with a working shower. I feel like I’m reaching my limit on all of this.

So today I attempted to reclaim a bit of my house back. I’m armed with paint swatches, a new comforter set I want to order from Wayfair, and some plans. I took an old, gross armchair we’ve dragged with us for far too long to the curb, which freed up a chunk of space. We moved the bed back in front of the windows (where it originally sat when we moved in 9 years ago), and I moved my dresser to the wall where the bed was. I fell in love with this antique mirror at the Goodwill ($6.99!), thinking I’d use it in the half bathroom, but it turned out that the frame right down the middle is problematic for a bathroom mirror. So, instead, I moved it on top of the dresser where, it turns out, it’s nearly a perfect match. The walls will eventually get repainted, carpet replaced, and that new comforter will get ordered, and then maybe I’ll have this room exactly where I want it. But, for now, I feel like I’ve been super productive and I’ve gotten the room back to some semblance of put together.

Here’s hoping this week goes better than this last one. 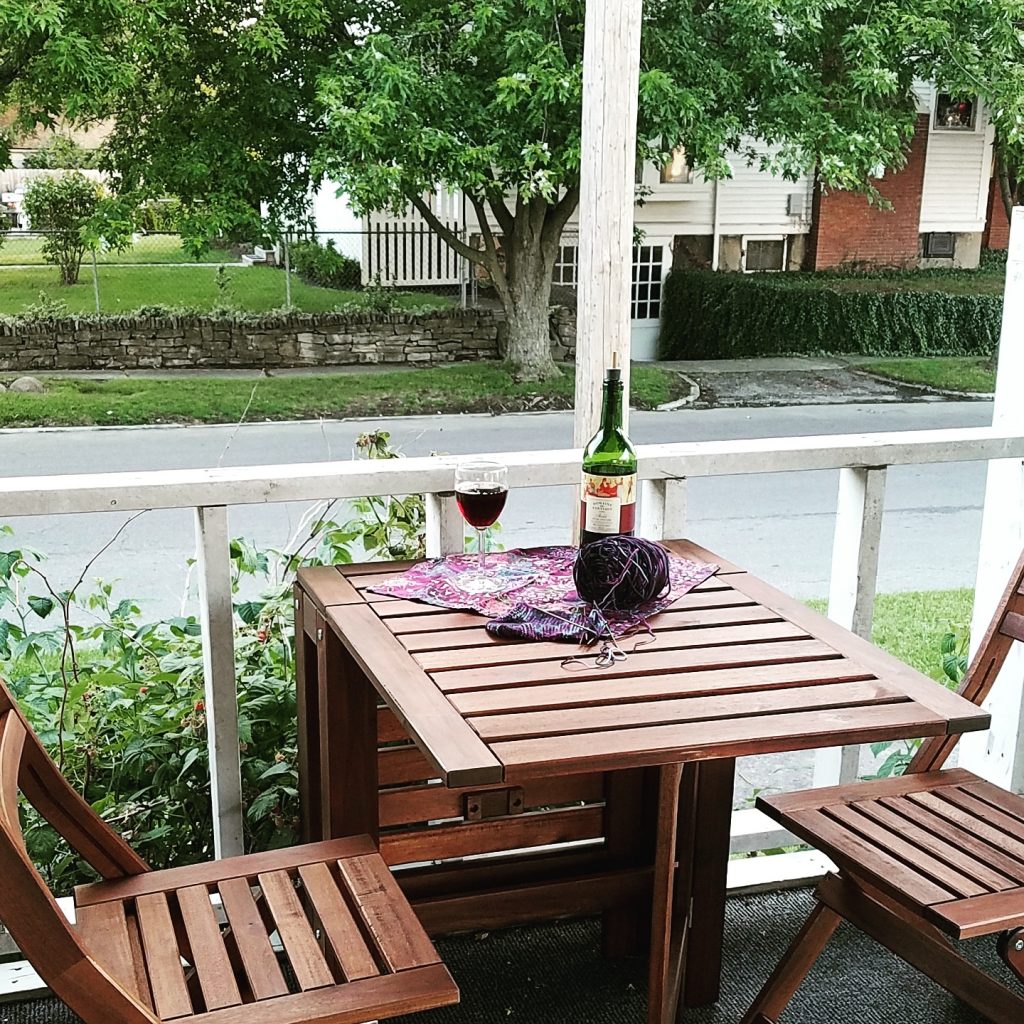 New porch set. Wine. Knitting. The breeze. Fresh berries to snack on right next to me. 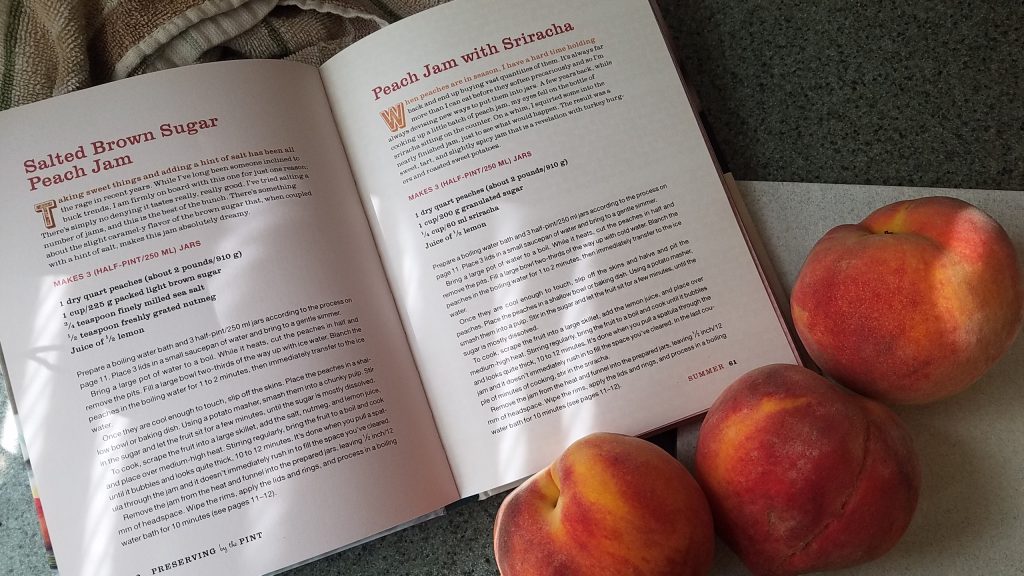 A few weeks ago the Peach Truck, as it is known, was supposed to visit our town. My best friend and I agreed to buy a box and split it, and when her husband went to buy them for us we were sorely disappointed to learn the truck broke down and wouldn’t be visiting our area at all. I had everything planned out to make – pie, jam, grilled with some pork… all of those plans were over.

Today at the local farmers market was a vendor who had Georgia peaches. And even getting there right around opening time the large boxes were still sold before I got to them. So, $10 later, I came home with about 10 really large, crazy delicious peaches. 7 of them are getting turned into small batch jam (salted brown sugar and sriracha, both from “Preserving by the Pint”), the kid and I ate one, and there is just two left. Maybe I’ll grill those.

It feels really good to be in the kitchen and doing what I used to love. I’m trying lately to really make an effort to not let the kid prevent me from, well, being me. It’s so easy to say “I can’t do that anymore because he always makes it harder” but he is getting better about things. And if I don’t take time out to do the things I love then I’m going to be a batshitcrazy nightmare to be around (which I’ve totally been these last few days). Also, the tv makes an excellent babysitter when need be, and any parent who says otherwise is lying. :) 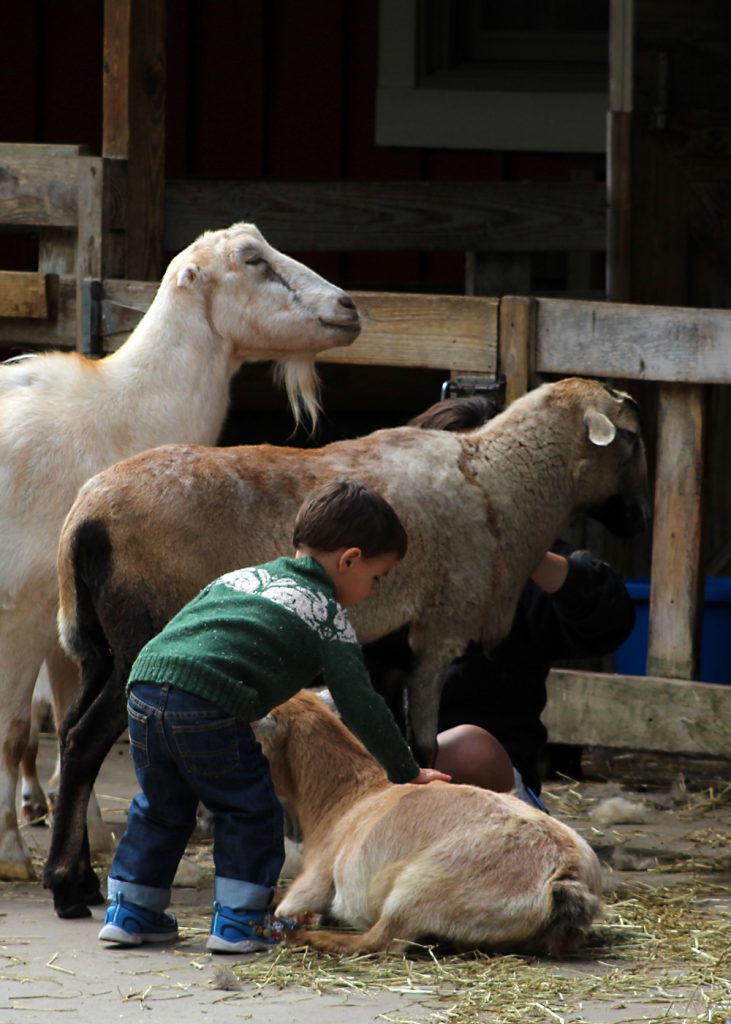 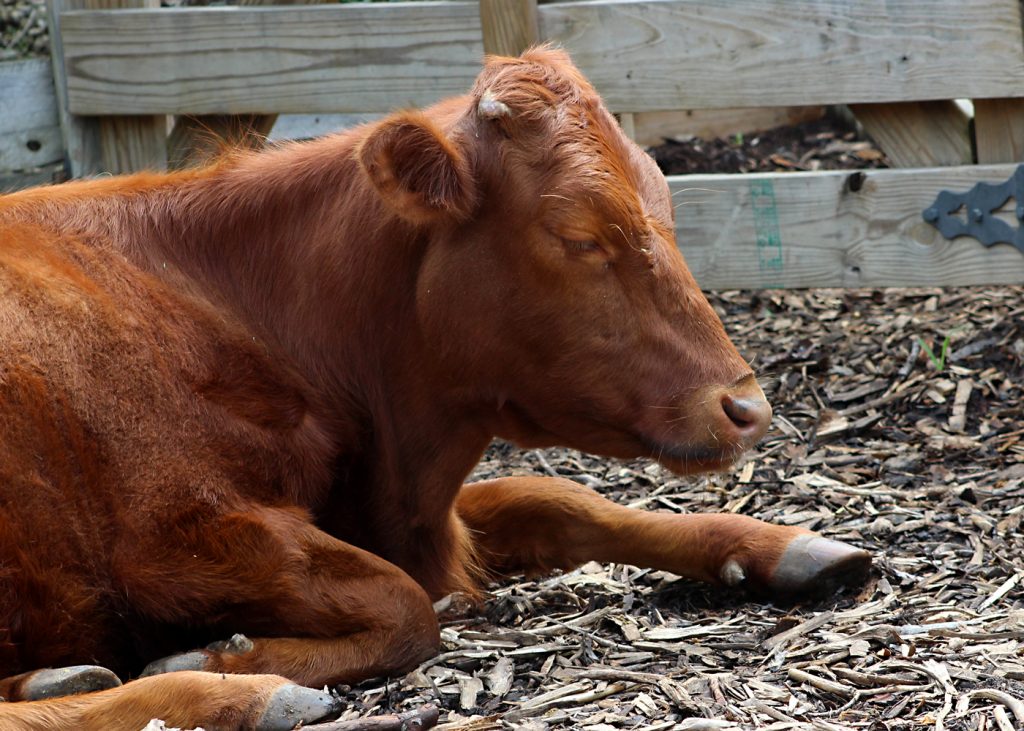 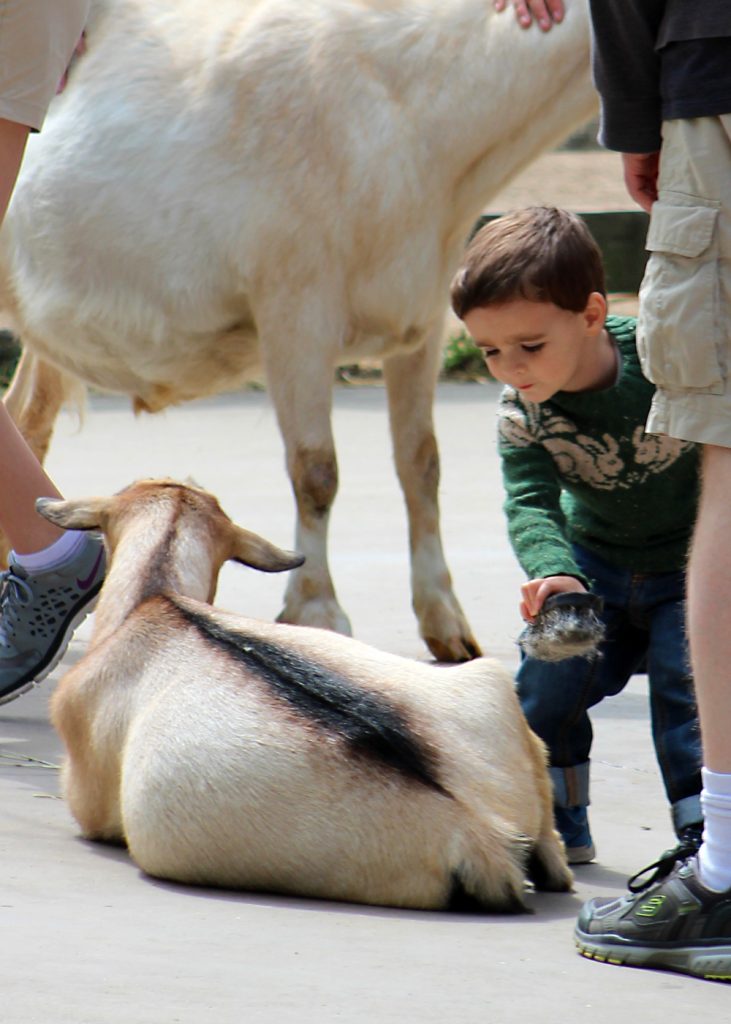 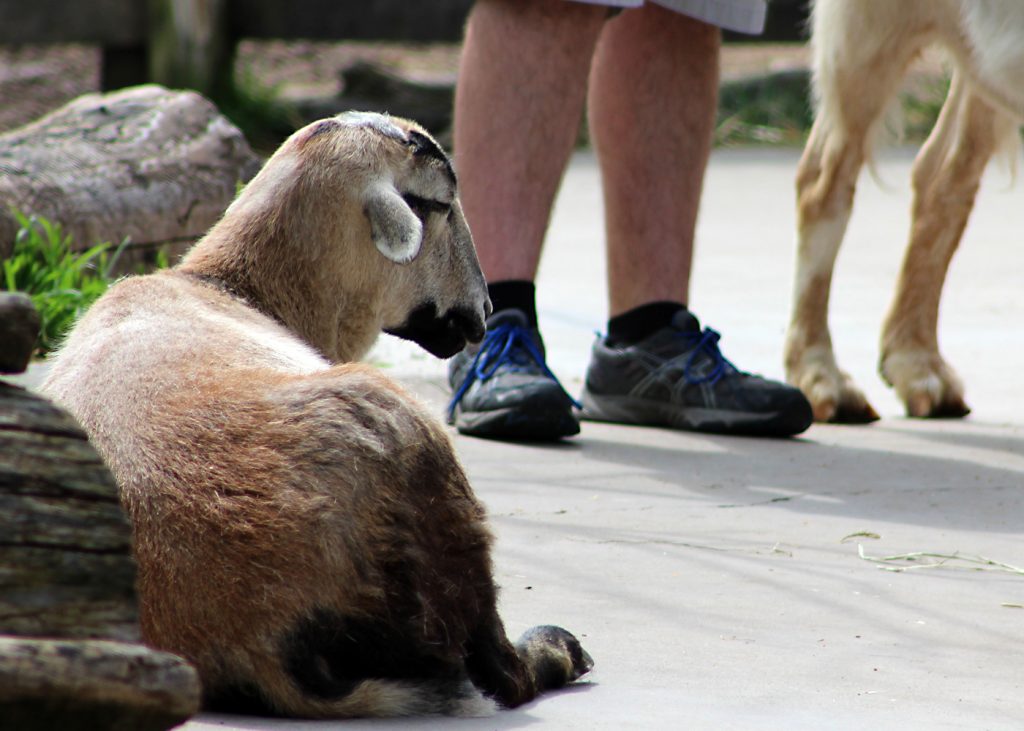 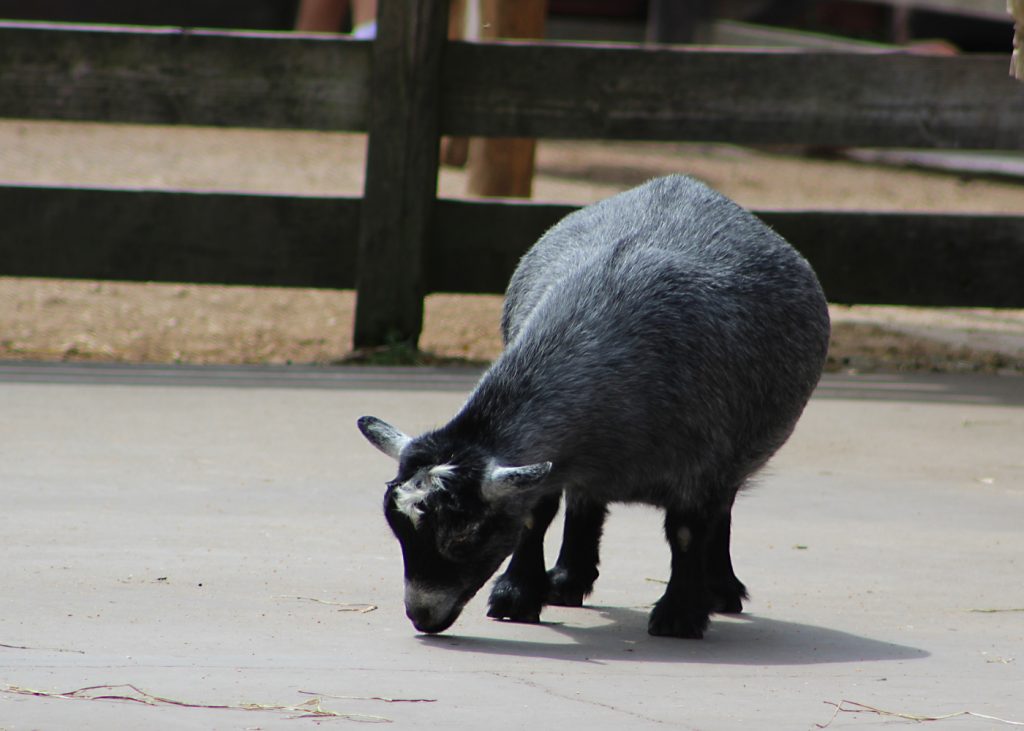 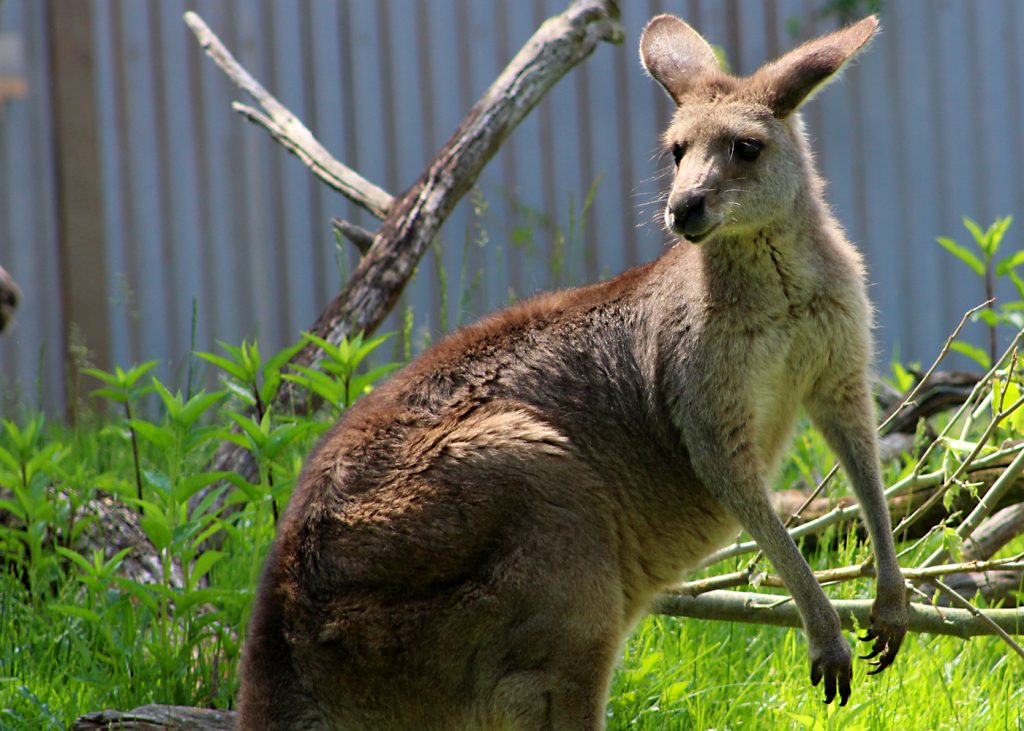 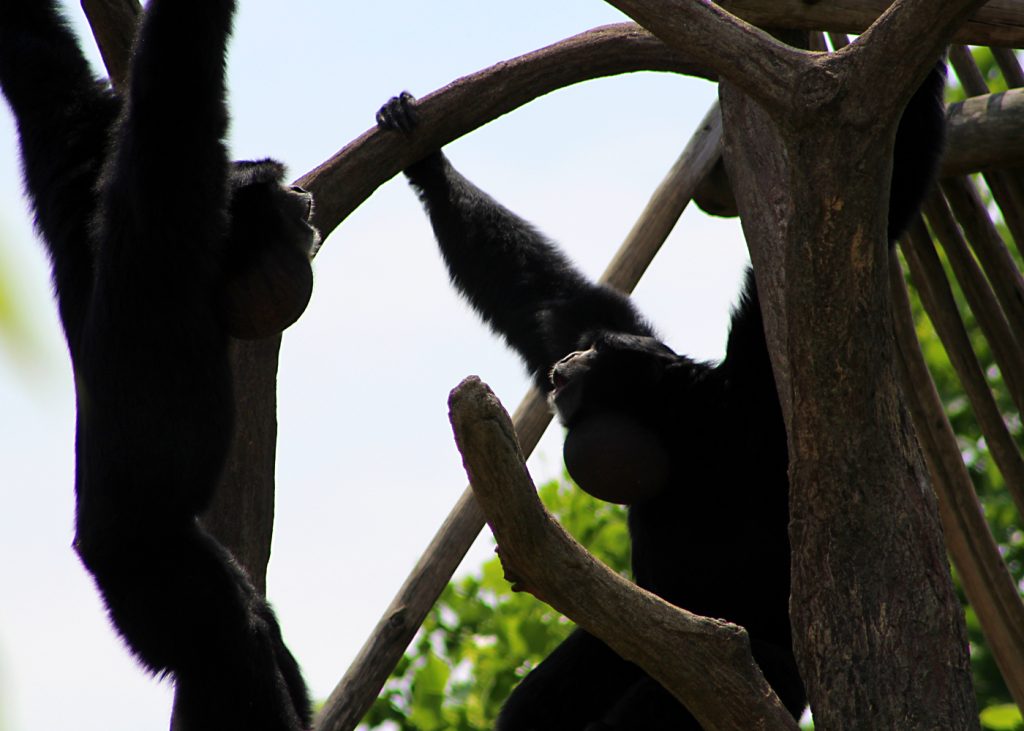 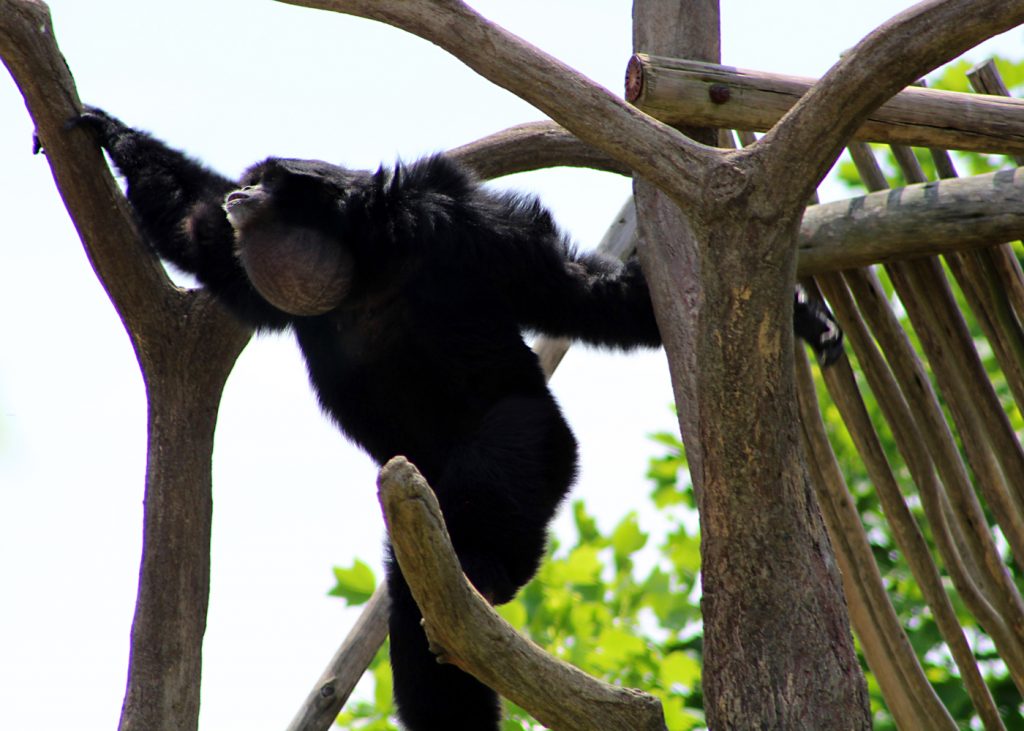 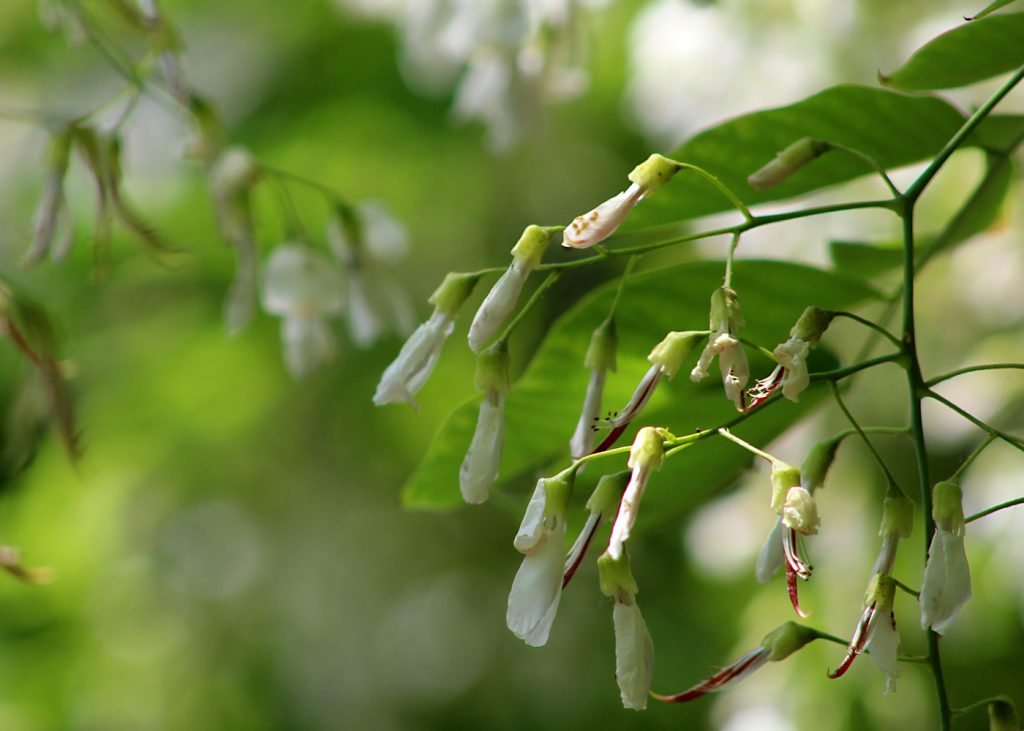 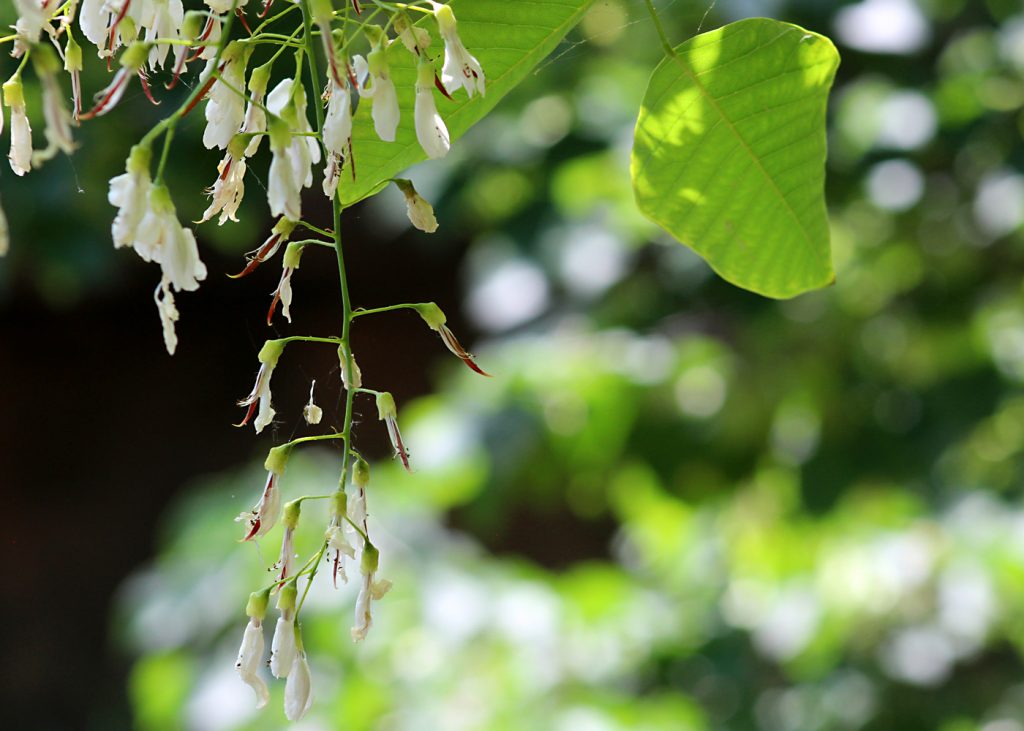 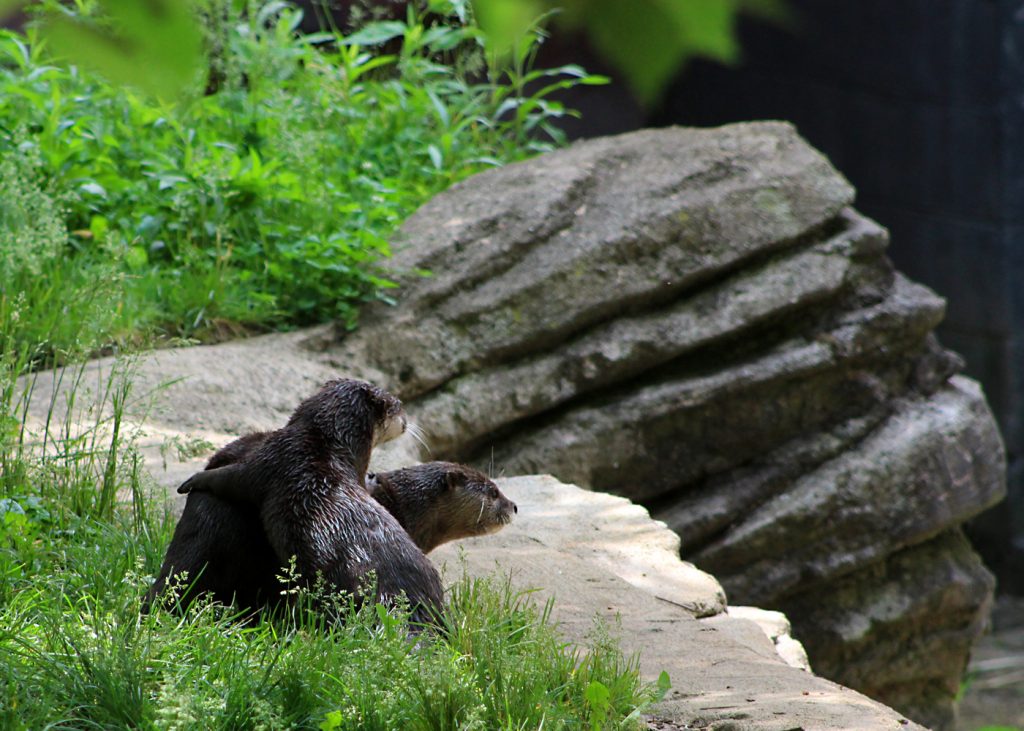 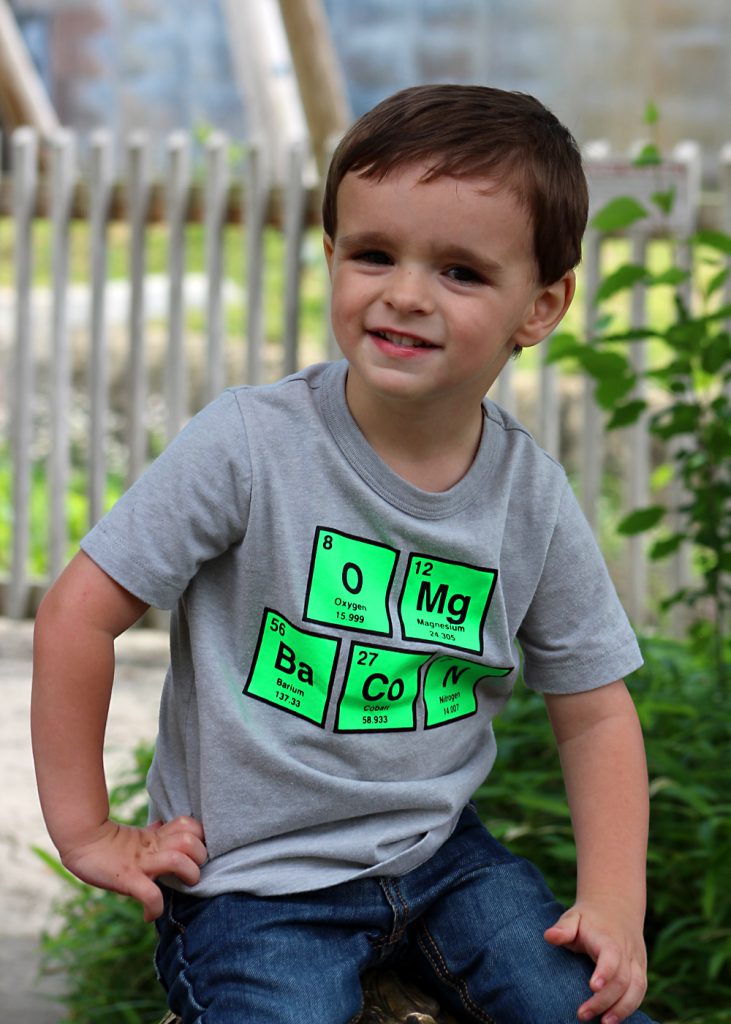 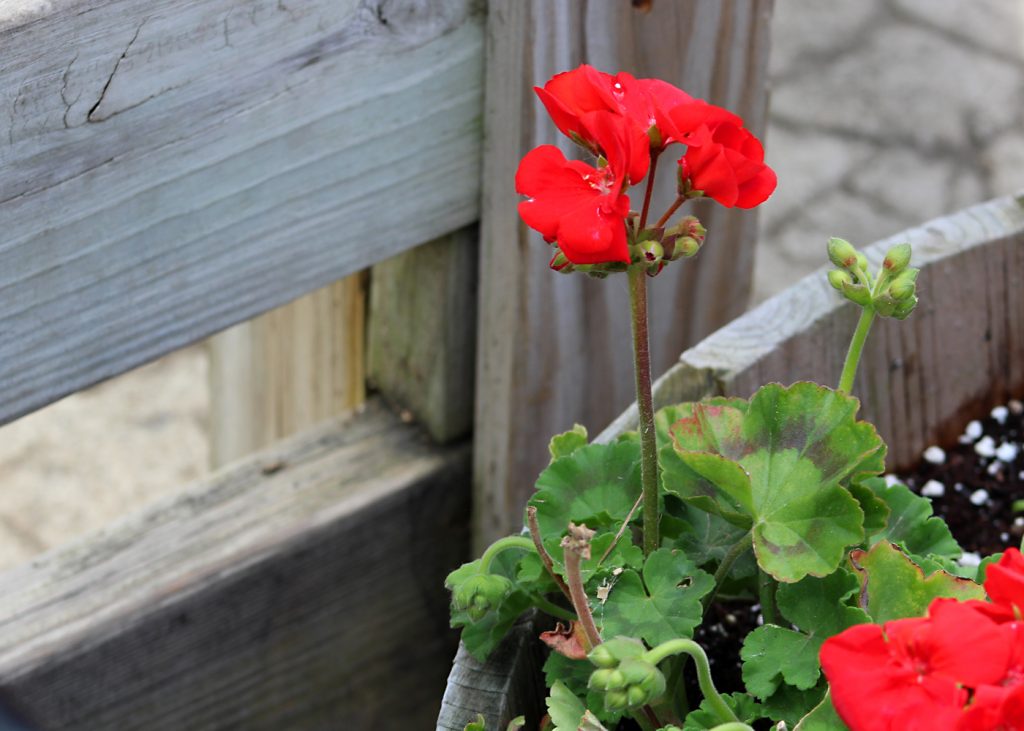 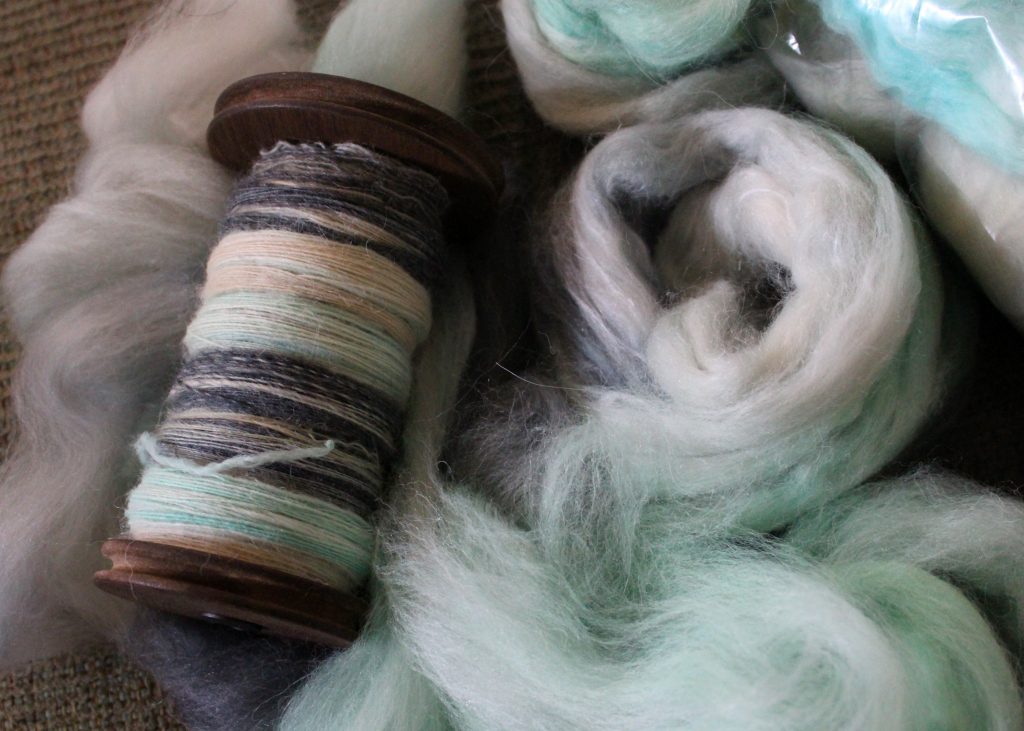