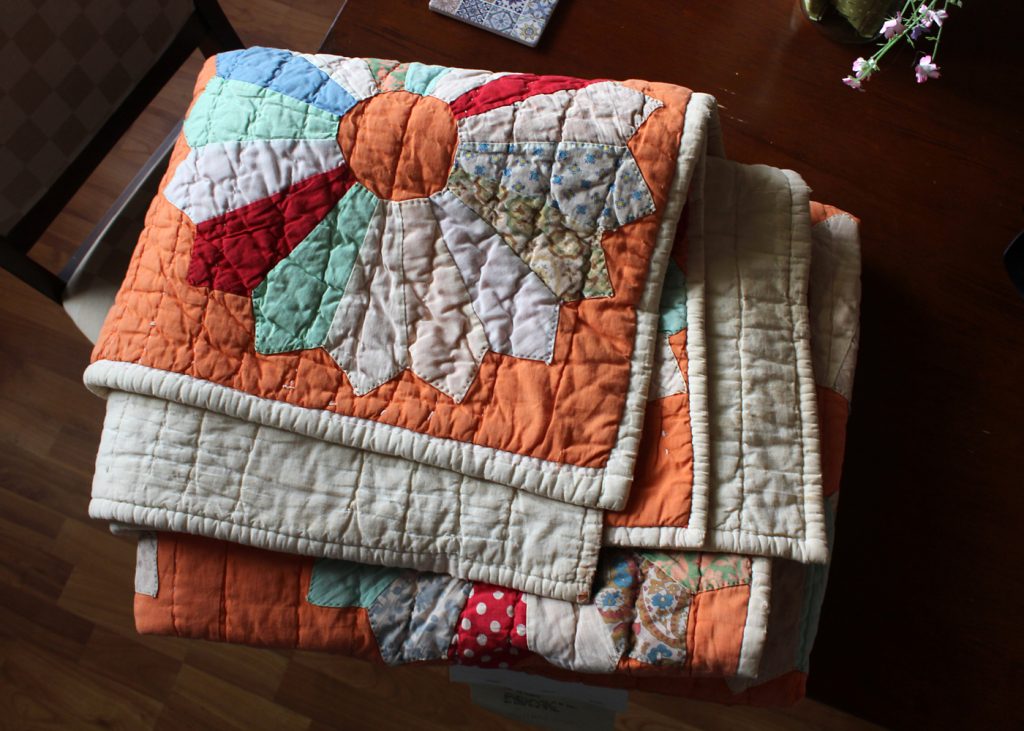 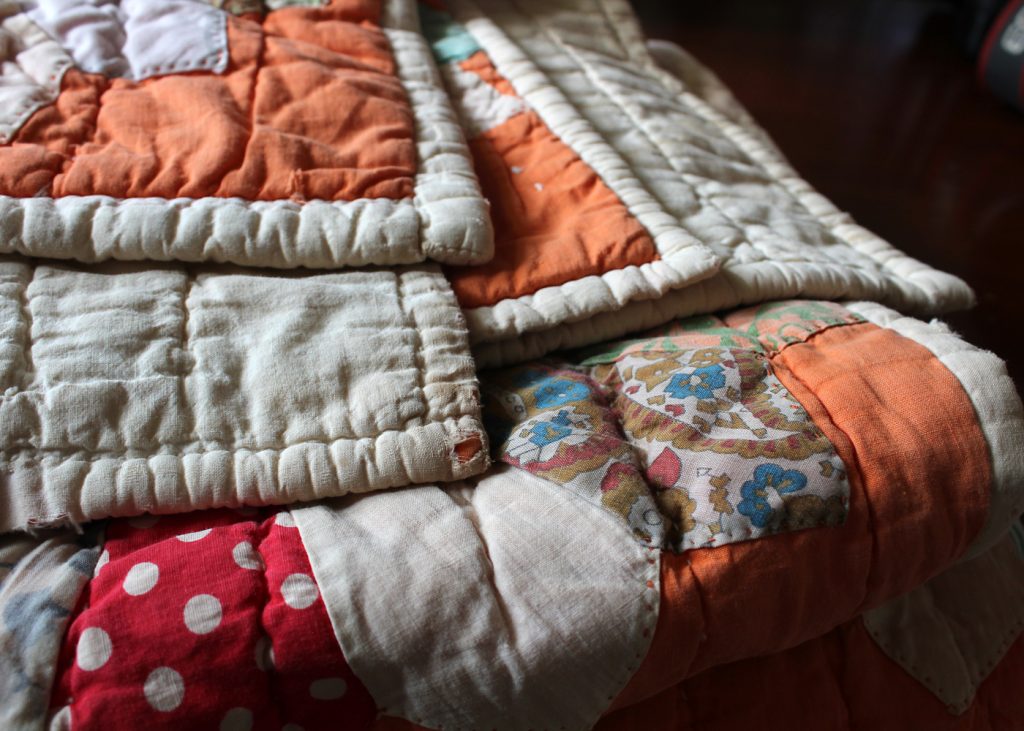 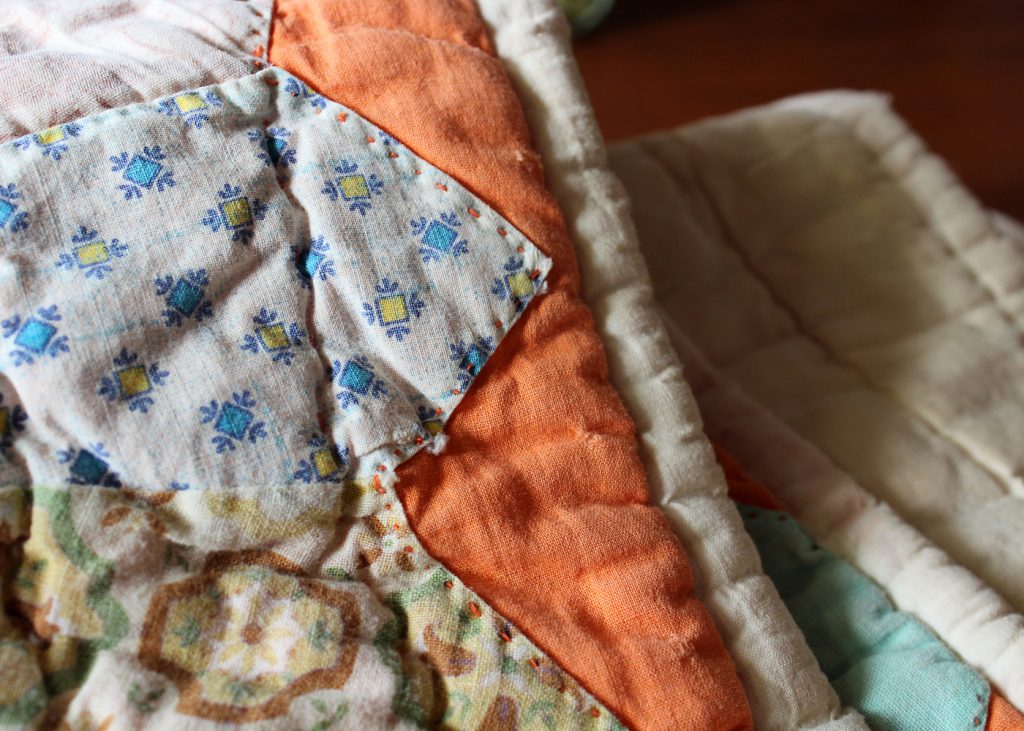 This quilt was, I’m confident, 100% hand stitched from start to finish. Do you see that detail on the dresden blocks? ♥  This heirloom was made by a great-great aunt, who gave it to my grandfather, who then passed it onto me. Would you believe that at one point he was going to sell it? But the dealer told him no one would want it because it was orange! Are you kidding me?! Who cares what color it is – it’s a family-made quilt! It’s priceless!!!! And now it’s mine! ♥ ♥ ♥ 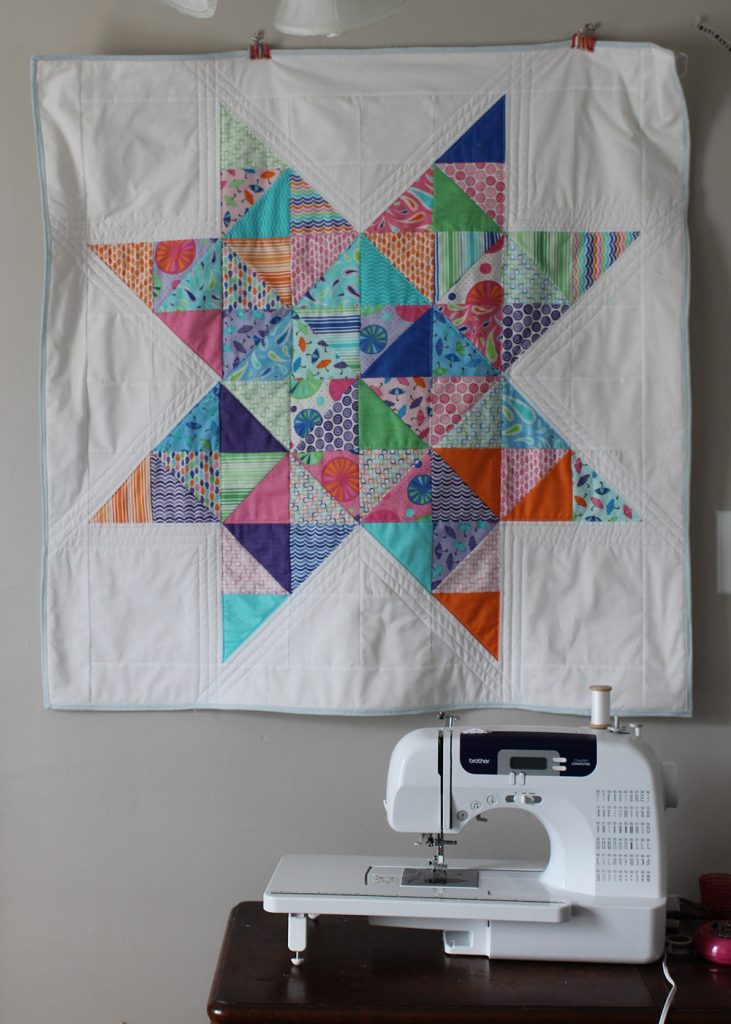 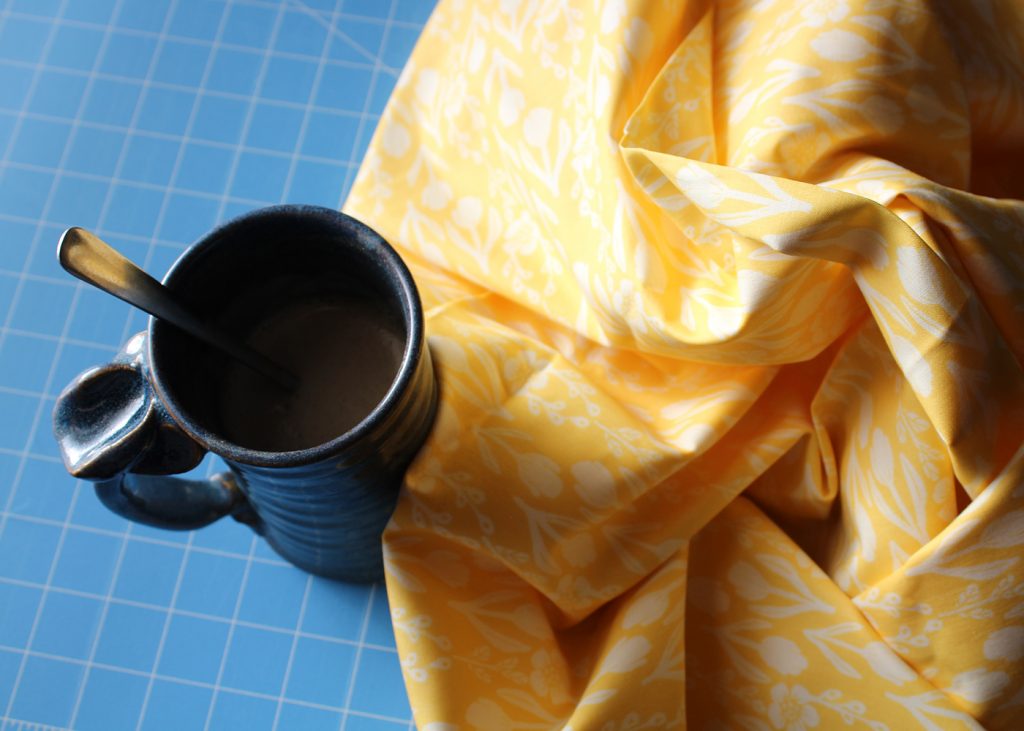 It took me longer to quilt than I expected, and I didn’t cut my binding wide enough so it’s not perfect at all… but I’m not sure the recipient is even going to notice that. I need to run over the quilt lines with some water to remove the mark up I did as my quilting guides, but other than that it’s done and ready to gift later this week. That is, if I can bear to part with it. Not that I have a need for a baby-sized quilt, mind you – Declan’s getting too big for his fox quilt and is asking for one for his big boy bed, so that really should be the next thing I work on. Baby quilts are just so sweet and small and quick!

Next up – the backing for my picnic quilt. I ordered this lovely tulip print from Fabric.com, which I think will go lovely with the brightness of that quilt. I need to stitch that “twenty seventeen” between the two pieces, but then it’s just figuring out how I want to quilt it (assuming I don’t just go for the easy way and follow the rows/lines on the triangles out of simplicity). 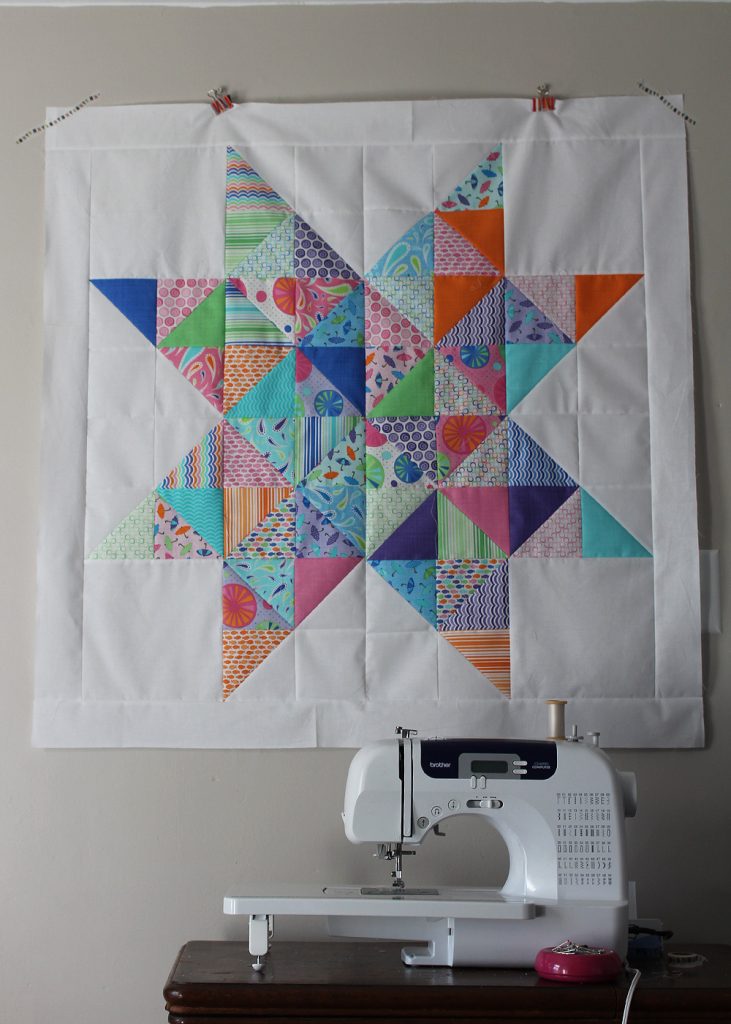 This morning I attached the last two white sashes to give a bit of a buffer around the star when I go to attach the binding. I think I’ll leave it hanging there until my backing arrives – it’s too pretty to take down, unfinished and all. 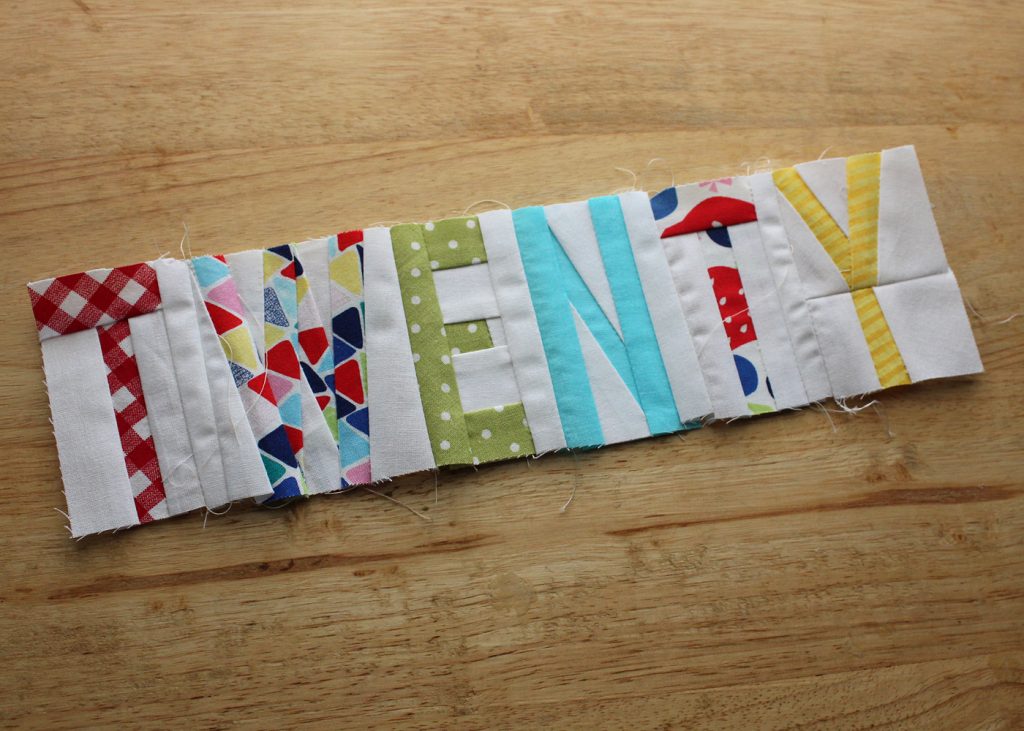 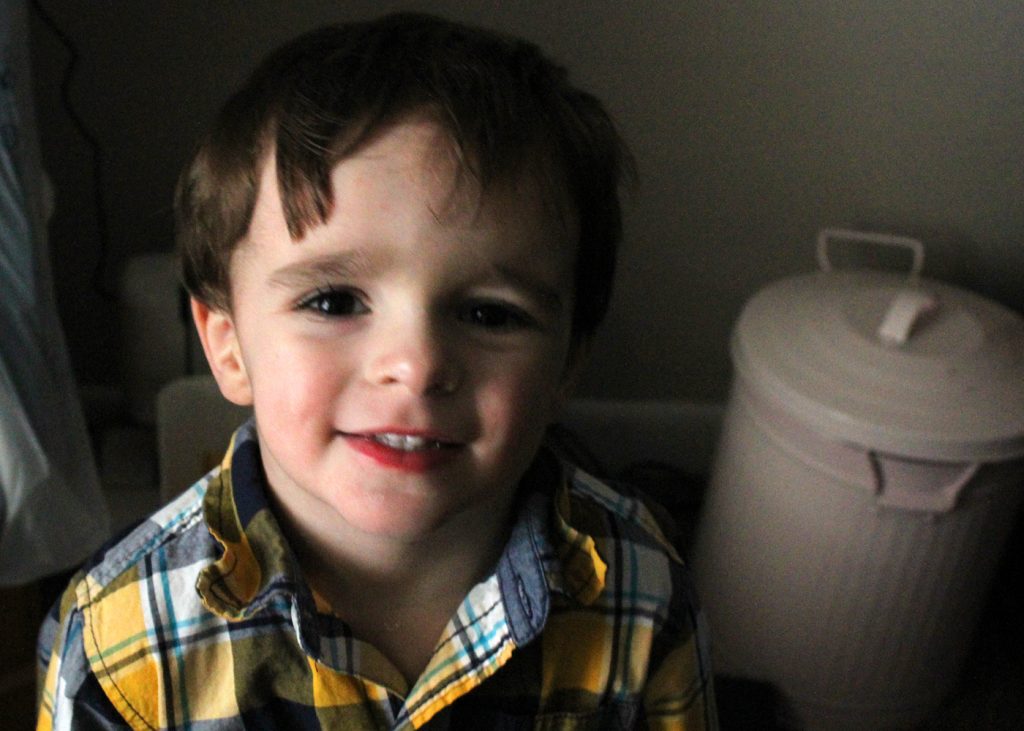 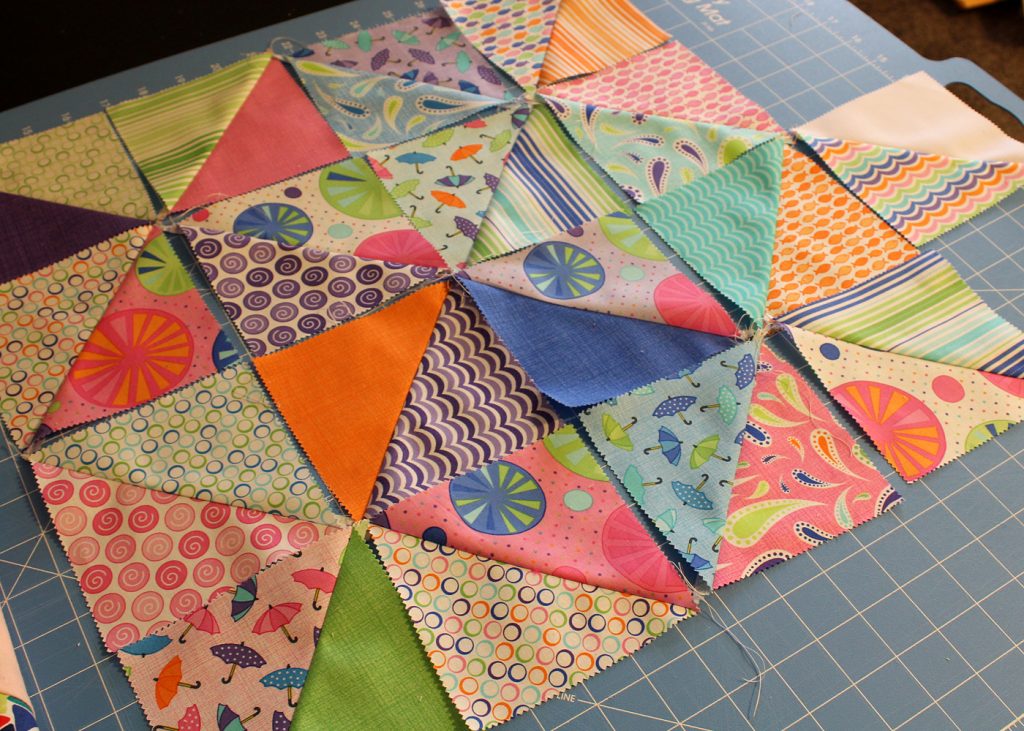 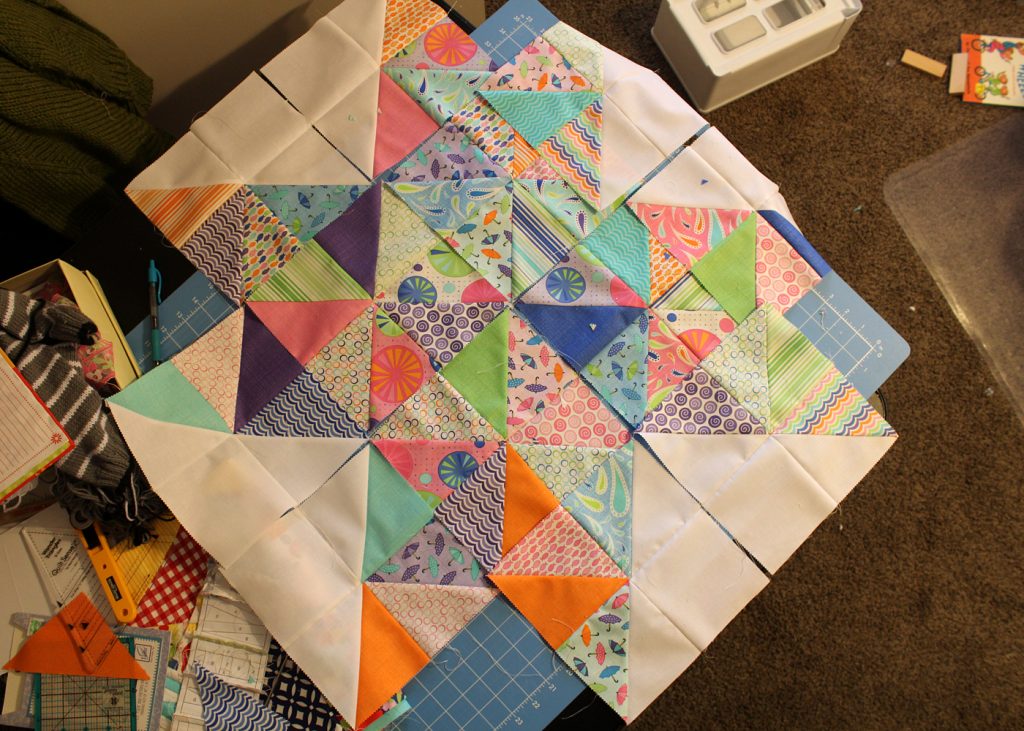 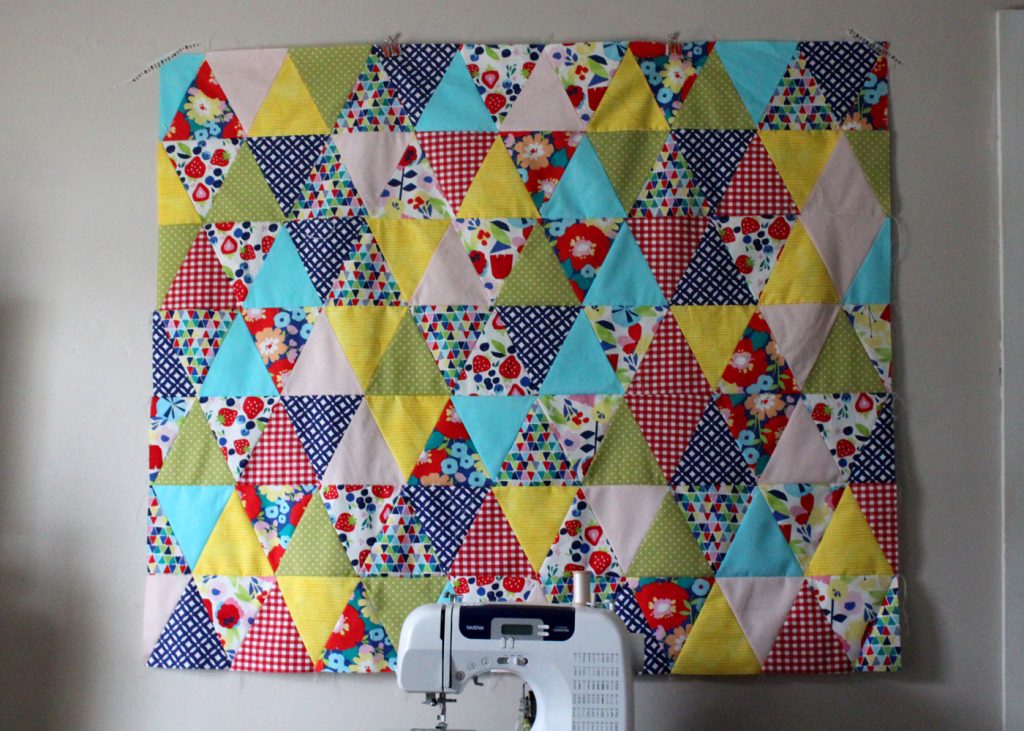 I’ve found myself jumping head-first into projects, even though I know it will most likely take me forever to do them. New knitting projects, spinning projects, quilts… The news here in the US is far too depressing, and I find myself seeking comforts of fabric and yarn between my fingers and cheerfulness that is needed both because of political climate and general January blues. This sunny, bright quilt, which I like to call my picnic quilt, has turned out to be just the thing I needed this weekend. The bright colors, the relatively easy construction… my soul needed this. Even with Danger Boy getting into everything, destroying his room and my craft room while I worked, it was more relaxing than it should have been.

I bought all of this fabric at Joann’s, though I bought it months and months ago so who knows if they still have it. A lot of prints are Koko Lee, the rest are misc from from the quilt fabric section. When I found the berries print I knew immediately that they were begging to be made into a picnic quilt. I have these (probably delusional) ideas that Danger boy and I will go to the park and have picnics this next summer. It all sounds very lovely, and I’m sure the realities will be the exact opposite. I highly doubt I’ll get to lounge under a tree and read or knit while he goes and plays. A girl can dream…