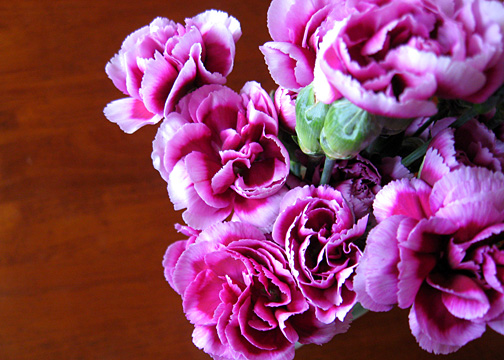 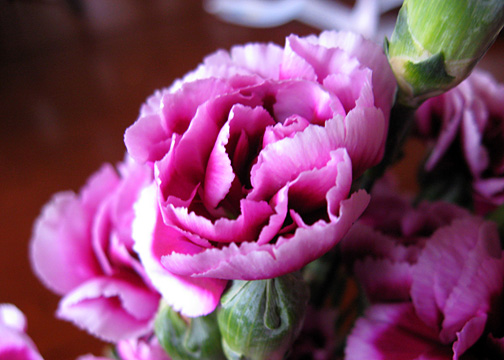 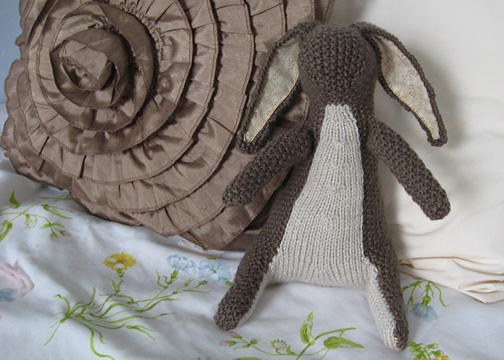 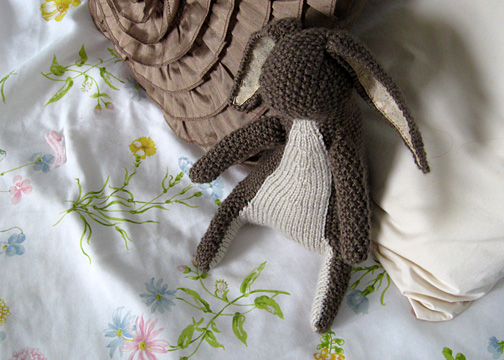 I’m quite certain that Spring is holding out to the very last second to make its appearance. Here we are, March 16th, just 4 days away from the official first day of Spring, and it’s about 23 degrees outside. We have been teased a few times last week with gorgeous weather, which has certainly made me anxious for more!

The other day I stopped by our local Kroger to pick up some items for an office pot-luck that I needed. When you enter the store, you walk right past the floral department. And, of course, I’m easily distracted by the pretty flowers. I wanted to pick up a pot of hyacinths, as they smell lovely and are my favorite, but $8 for essentially 3 bulbs is a little silly to me when I have pots and soil and, really, should just remember next year to do my own. So I picked up a cheap little $4 bouquet of mini carnations. They’re bright, cheerful little things and are resting presently on the coffee table.

Our weekend has been filled with cleaning, cleaning, and more cleaning. I’m officially worn out. The vast majority of my non-maternity clothes no longer fit, so I took the opportunity to pare down the wardrobe while also shoving it all in plastic bins to store until after August (if any of it even fits then). I feel quite accomplished, and I have bags and bags of clothes to take to the local Goodwill. And I feel a little less bad about how many clothes I have now – I can’t believe how much I had been holding onto for no reason! One room down… a lot more to go.

In between cleaning I took a break to work on some knitting projects hanging out in that WIP bin under the end table. We’ve had some great lighting today, so I finished sewing the fabric in the second ear and stitched the whole thing together. The little bun now resides on the twin bed in the baby’s room, at least until we purchase our crib.

Life, overall, feels pretty good right now. The house feels like it’s falling apart, and we have squirrels in the attic making lots of noise, but I feel… calm. Relaxed, even. Perhaps pregnancy agrees with me more than I expected? 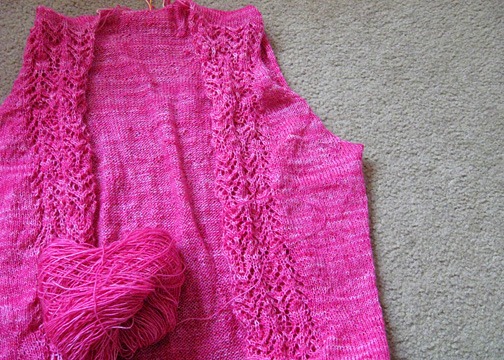 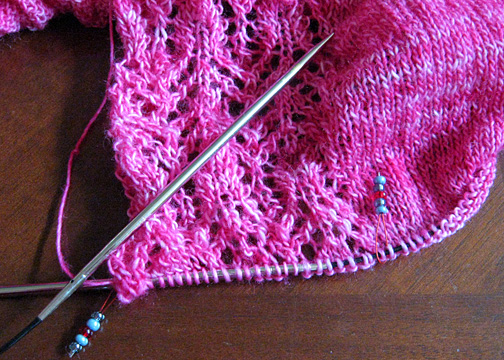 It is truly rare that I buy yarn for myself and immediately cast on for something with it. I’m far more likely to buy yarn with plans for a project, but won’t get around to that project for some time. I have yarn in my closet meant for a Dark & Stormy cardigan for this winter, but I purchased the yarn knowing I won’t cast on for it until about October or November when I’m ready to think about knitting a worsted weight cardigan for winter.

The Creatively Dyed lace I purchased at the Great Lakes Fiber Show this year was begging to be cast on, however. I wanted a light weight cardigan, and I wanted it now. I wanted something with a bit of lace so I didn’t get too bored. I wanted something that flattered my figure (which I’m learning to look for after getting Amy Herzog’s Knit to Flatter book). Grisaille it was, though with some modifications to make it hip-length and shorten the sleeves to 1/2 or 3/4 length.

I’ve been fairly obsessive about knitting this. I cast on June 1st, and I believe by tonight I’ll be able to cast off the body and move on to the sleeves. When I’m not knitting this I’m thinking about knitting it. I get anxious when I want to knit more on it but can’t because I’m either at work or doing something else equally important and adult-like. I feel like this project is taking forever, though I know in reality that today is only the 17th and I’ve made quite the progress in just 17 days. In my head, though, 17 days isn’t fast enough! Every time I try it on to see where I am length-wise I fall more in love with the light weight of it. I have a feeling this lace cardigan idea might quickly turn into a knitting addiction. 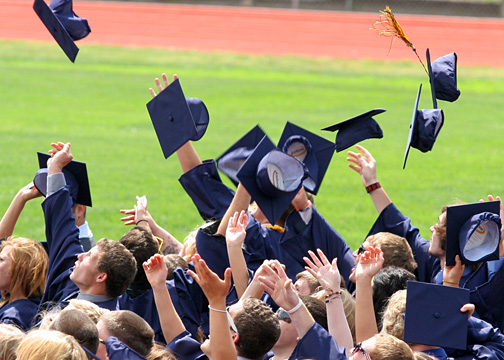 Graduation Day arrived yesterday. I teared up a little as I watched my stepson walk the line after having his name called, but I quickly choked those emotions back. It’s just what I do, and what I’ve learned to do after years and years of heartbreak and frustration with this whole dysfunctional family dynamic we’ve had. You can see it in the pictures – my husband and his son with their arms around each other, smiling in the photo. It’s natural for them. Father and son. No strangeness or awkwardness to it. The photos of the stepson and I show a different story – his hands to himself, and I nudged up right next to him so, at least for appearances sake, it looked like we were happy to have our picture taken together. I don’t give him a hug, or tell him how proud of him I am – even though I want to – because it feels like I’m crossing some invisible line. I’m just there. That other woman. Dad’s wife. That’s all I think I’ll ever be, even after all these years. The life of a stepparent, I suppose.

Bitter and sweet seems to be how my life generally tends to play out, and I guess yesterday wasn’t much of an exception. 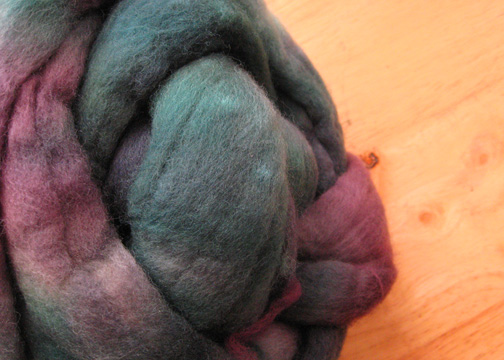 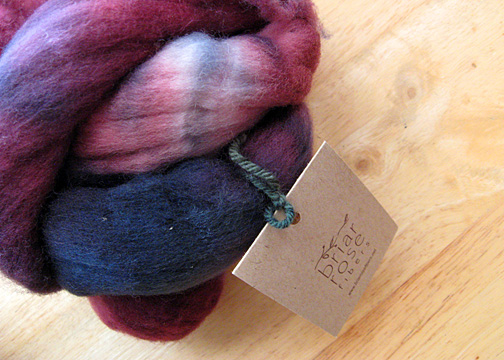 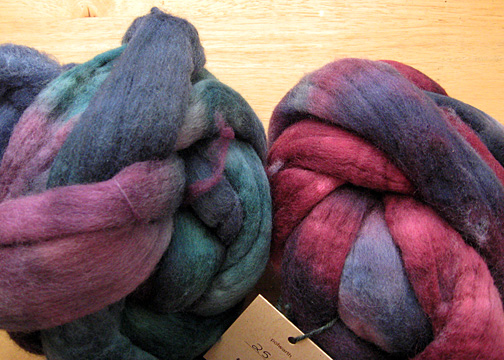 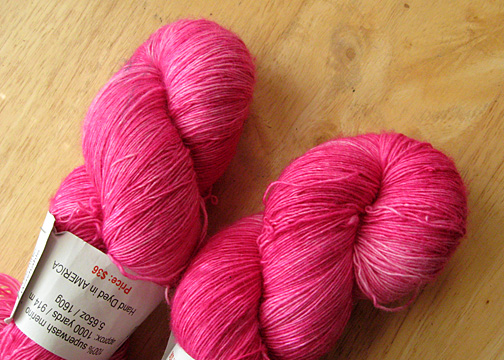 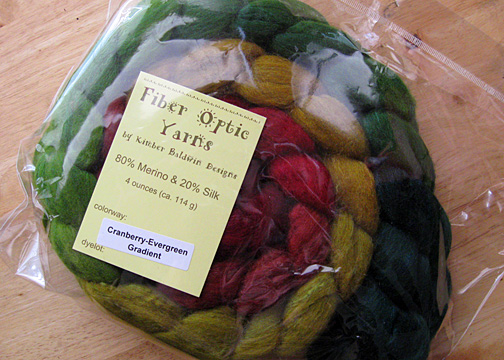 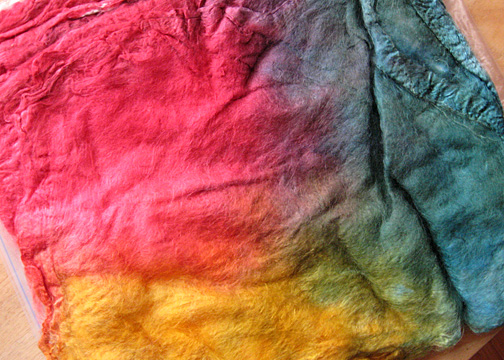 One would think that dragging your husband with you to a fiber show would result in a lot of complaining about the shopping, how much you spent, etc. My husband? He’s a total enabler.

Today we ventured to the Great Lakes Fiber Show. It’s Memorial Day weekend here, which means a 3 day weekend, and we had no plans so it was kind of a last minute decision. He’s never attended a show before, but I think I persuaded him to come simply on the idea that since we want a farm it’d be good for him to understand the different breeds that are for sale, how much the wool costs for me to buy, etc.

That stash-only knitting I was going to do? Yeah, that totally went out the window today. I came home with:

I really wanted a new wheel to come home with me, but it was not meant to be. Maybe next year? 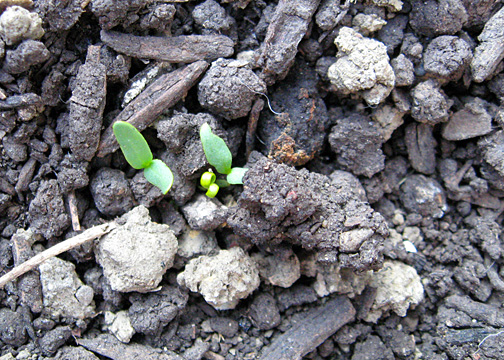 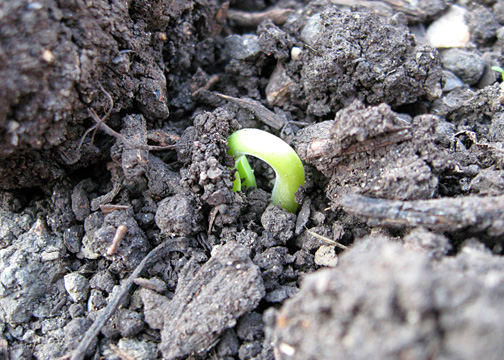 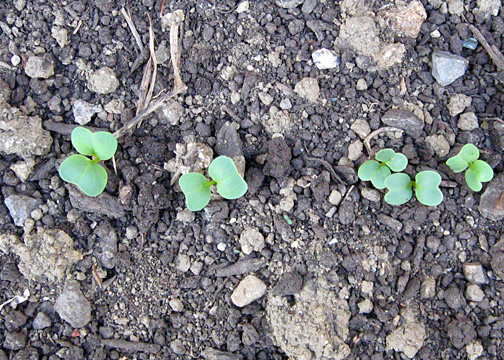 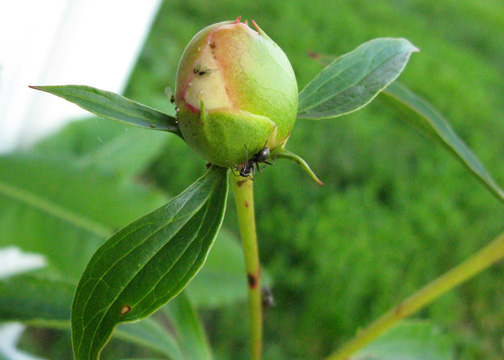 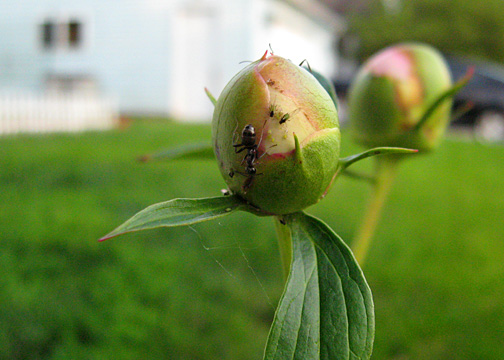 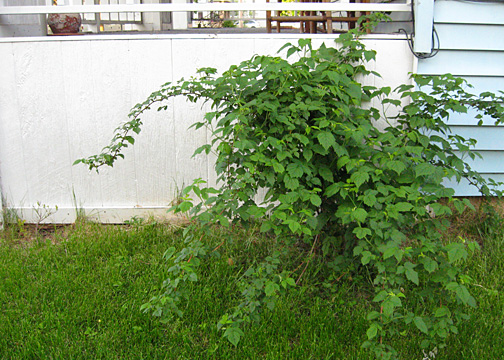 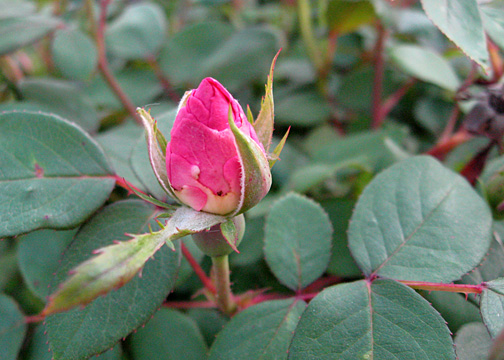 Things are taking off around the garden. Last Tuesday we officially planted the veggies – transplanted the tomatoes and peppers, and sowed the seeds for radishes, beets, watermelon, zucchini, cucumbers, squash, and beans. We watered them once and have since let Mother Nature handle the rest. They will need watered again tomorrow morning since we haven’t had enough rain for them, but later this week the forecast calls for rain so that will take care of the watering duties for us.

Radishes are sprouted, though they’re always the fastest to sprout for us, and I think that top picture is my beet sprouts. I’m leaving them alone for now until I know for sure – we have weeds that like to take over that look deceptively like our veggie seedlings. I’m pretty sure they are the beets, because they’re growing in the rows that I made.  Or at least what I think are the rows. I don’t have anything in the way of garden markers, so it’s hard to be sure. I dug around the beds to find a few rocks that I could use to mark where some things were planted, and when those were used I broke down an old corn stalk and used the stem to mark the seed spots. But those just aren’t pretty, and I think I might try to find those larger smooth river rocks to paint as my markers.  (Oh, my beans have sprouted, too! Last year they never did anything and I’m quite excited to have beans this year!)

My mom’s peony is about to bloom, too. I say “my mom’s” because they’ve been in our family since I was a kid. We had them at the first house I remember, and when we moved my mom dug them up and brought them with us. She decided a few years ago that she didn’t want them anymore and dug them up and gave them to me, and I proceeded to plant them in the totally wrong place and very nearly killed them off. I moved them and managed to salvage them, and each year they get a little bigger and a little stronger and produce another bloom.

The raspberries have filled in nicely, but I’m still not sure I want to keep them. We’ll see how they produce this year and how many berries I get off of them. My poor blueberry next to them is hanging on but not well and I think I might just rip it out this year and replace it with something else. I don’t have the time to baby it and if it can’t grow where I put it then something else needs to go there that will be productive for us.

Oh, and roses! My roses! My absolute favorite beauty of the garden! ♥ All 3 plants are absolutely covered in buds for blooms, with just a few of them starting to give me a peek of their colors and even fewer close to blooming. Like every year, there will be a few early bloomers but the majority of the blooms will burst all at once. They’re really a gorgeous, beautiful variety of rose though I know around here they’re well over-used in landscaping for businesses (they also tend to prune them back pretty far, and I like mine nice and big and bushy).