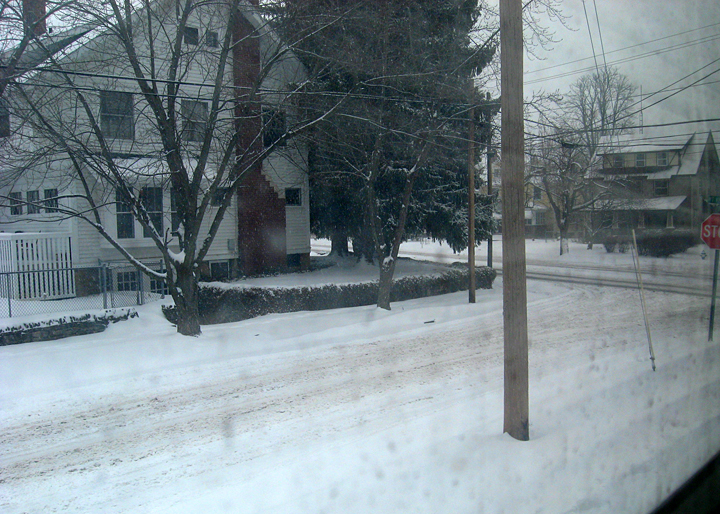 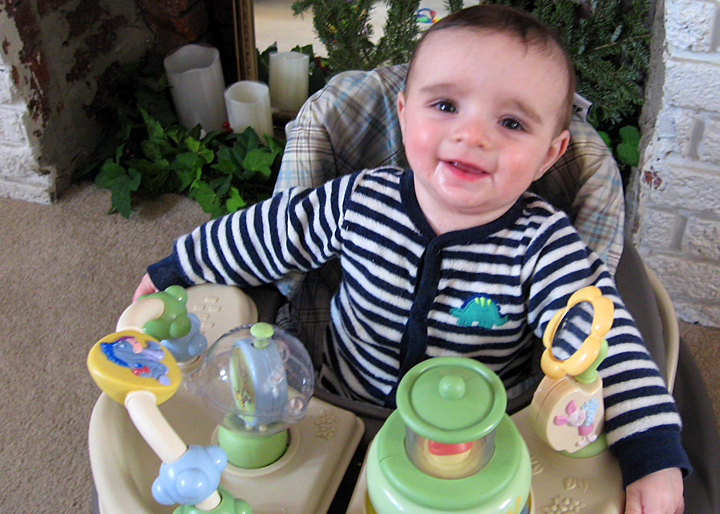 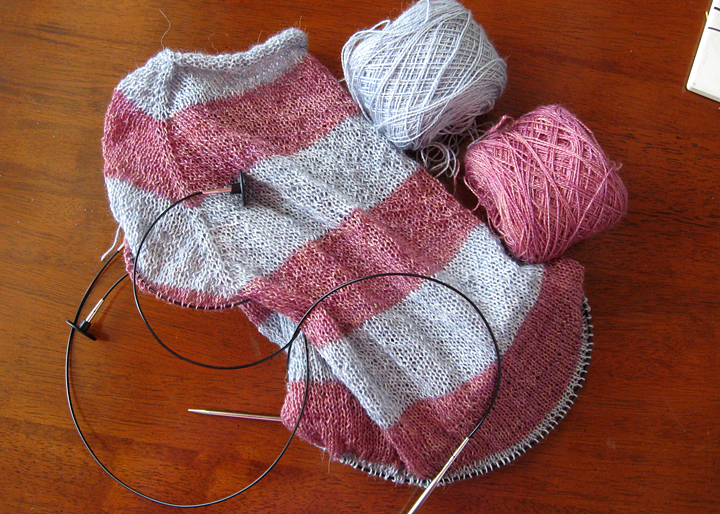 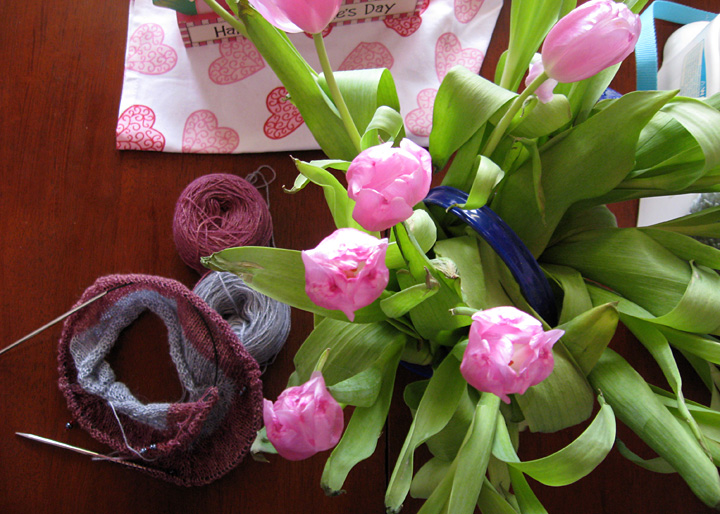 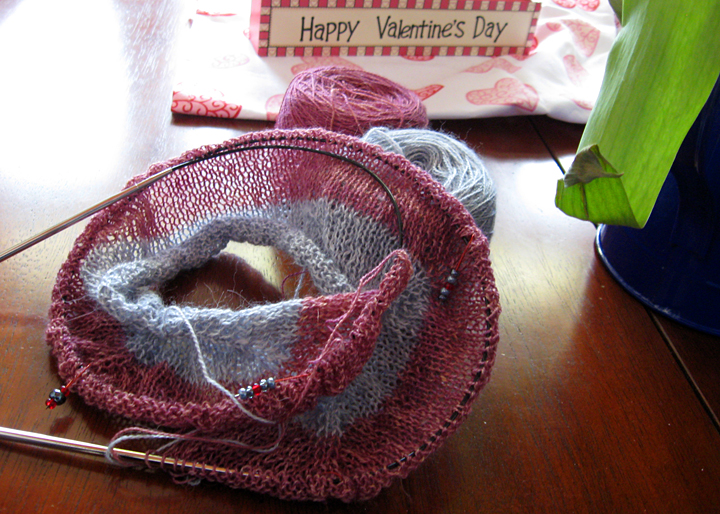 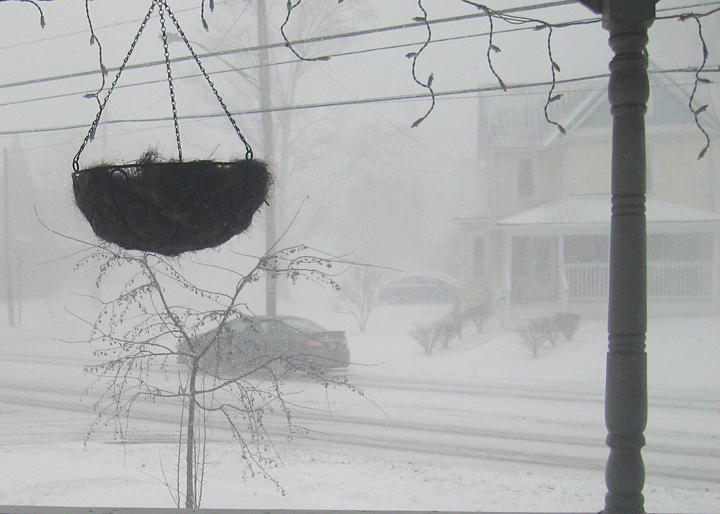 The weather outside awful, but today I’m inside cozy and warm with my two valentines. We have a pizza in the oven for lunch, and I’ve been knitting away on my new cardigan while the Mr plays video games in between taking care of the Little Mr. Tonight we’re having a tomato and spinach pasta… nothing super fancy. We’re not huge on Valentine’s Day, but we’re making it special in our own way I suppose.

I hope, no matter where you are or how you celebrate, you find a bit of time to do something you love today. Happy Valentine’s Day, friends! <3 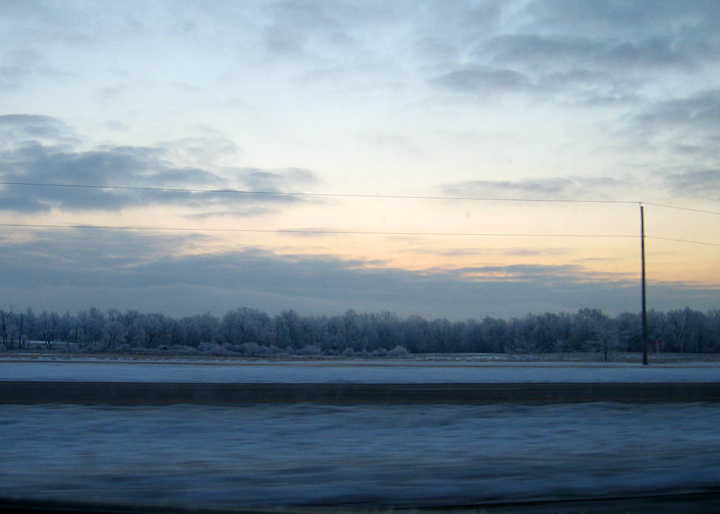 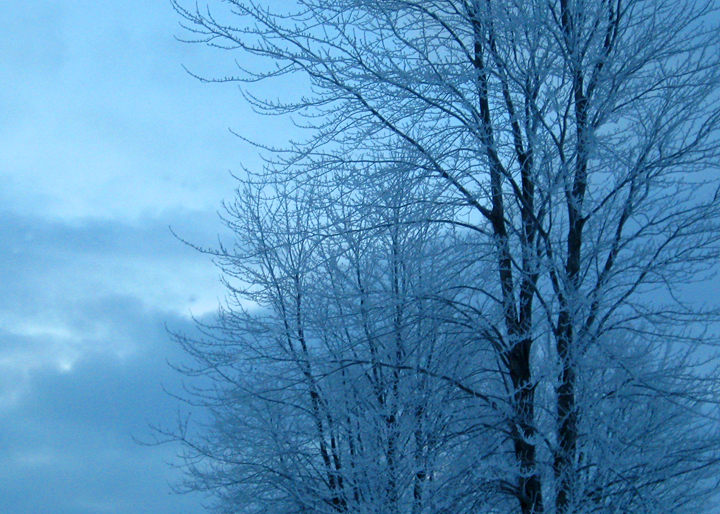 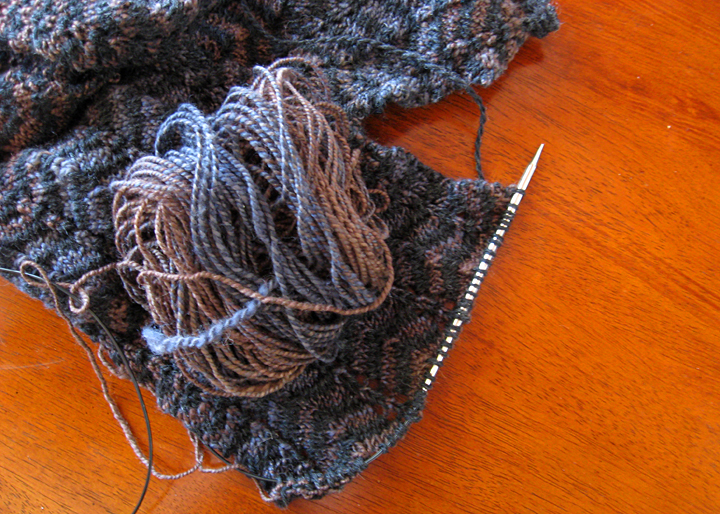 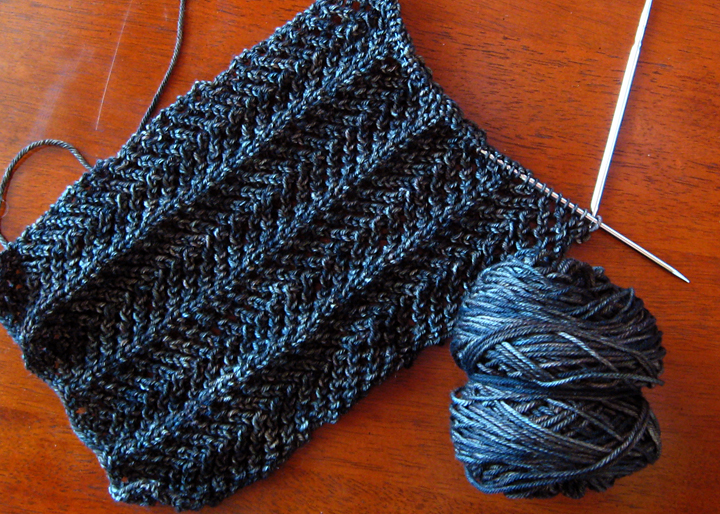 That winter lull. January is always so busy, with end of year wrapping up at work. It always feels more like just a continuation of the craziness from the holidays, just morphed and evolved into a new kind of crazy. February, though… February I can breathe. I can think of things other than deadlines. The sun is noticeably returning, and mornings are getting a bit brighter on my drive to work. I can start looking forward, officially, to the spring and all that it entails: warmer weather, the smell of the freshly turned dirt, and being outside more. I’m having more good days than bad, which is fantastic. I’ve done a few things to change up routines and try to hold life together a bit more. We’re eating more meals at the table, for example, and I’m planning dinners a month in advance instead of weekly since I hate meal planning. I used our fancy new color laser printer and made myself a cleaning schedule/routine that I can use a dry-erase marker on, and printed out some other family planning pages based on some ideas I’ve had brewing for a while. Basically, February has given me the much needed time to do all the things I’ve needed to do (focusing on myself/our home, that is).

The scarf for the husband has stalled. I was doing so well, knitting on it every chance I got. I never once got tired of it – I think switching colors every 2 rows helped. And then a horrible, no good, rotten thing happened: I ran out of black yarn. I have all of this handspun left, and it isn’t long enough. I broke down and ordered a 2nd skein from Webs, and I’m not happy about it. I’m trying to make 2015 a year of stash knitting/projects, which is why I’m so upset about needing to order more yarn. But that’s how knitting goes, I suppose. I did, at least, come away with only ordering that one yarn, and not a single item more. It was a very difficult task, because yarn is pretty and soothing and tempting, but I managed it.

With that project stalled, I paced around the house feeling restless for something else to work on. I’m trying to limit myself to just 2 projects at a time, but that kind of goal doesn’t work in situations such as this. Well, it does. But it required going to my car to retrieve my sock project that I keep in there for emergency knitting. One could argue that not having something to work on is an emergency, but I worried that if I took the knitting out of the car I’d forget to put it back and then I’d be stuck somewhere with time on my hands and no yarn or needles to work with. Not wanting a situation like that, I referred to my Google spreadsheet (I took the idea from the Yarn Harlot with her holiday spreadsheets she talked about and I made myself a spreadsheet of projects that I have yarn/fabric for, projects that have deadlines, etc so I don’t miss things – like a Ravelry queue but for EVERY project, not just the knitting ones) and cast on a scarf for my friend. It’s on the list, and is a project that I cringe every time I see the yarn in my closet and think “I should get on that” and never do. So now it’s in progress, though it knits painfully slow compared to the other scarf. Every row feels like it takes f-o-r-e-v-e-r. On the bright side, today and tomorrow I have knit group, which hopefully means lots of knitting on this without distractions. 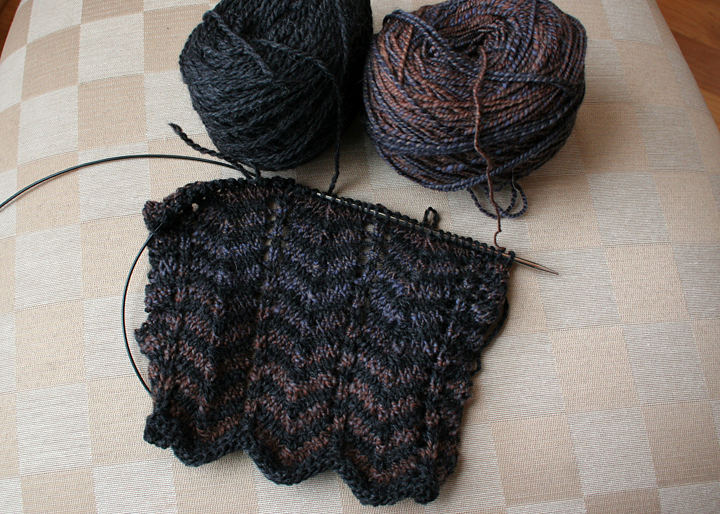 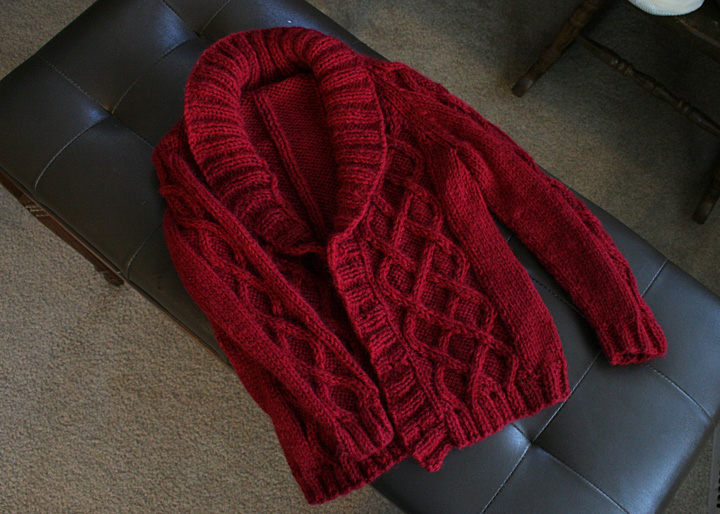 Hello, friends! I’ve been, ever so slowly, getting more and more knitting done as the days go by. I’ve had a brief period of not wanting to do any knitting at all, and if you know me you know that I’m never without my needles in hand. I’m always working on something. I guess that comes with the highs and lows of this depression. This last week or so I’ve been back to my usual self when it comes to knitting. I finished the baby’s Gramps cardigan for next winter (just needs buttons), I’ve even made a baby-sized vest for an expectant cousin with the leftovers of the red (also needs buttons, and photographed), and then today I’ve cast on for a scarf for the Mr. It’s a well over-due project that I meant to have to him last year. Oh well, better late than never, yes? It’s, really, the perfect snow day knitting – the pattern is 2 rows and easy to remember so it’s interesting but also mindless enough that I don’t feel like I have to think too hard on it (which is important for during-the-week knitting when I’m feeling brain dead). I might even make myself one out of some lace I have hanging around!

The weather has dumped a lot of snow on us (though I’m sure those in the northern states would laugh at that), and all I want to do is hibernate. And eat. If I never had to leave the house during the winter I’d be pretty content. I often wish the local grocery stores have a pick-up service so I could order online and just drive through and pick it up on my way home. There’s a grocery near where I work that does that and I’m tempted to start doing my shopping there simply for that convenience. I really hate going grocery shopping and meal planning. It was fun when I was 18 and living on my own and buying groceries seemed like the most adult thing ever. Now it’s just a weekly chore that ranks up there with the hatred I have for cleaning the bathroom.

I did manage to spend some time in the kitchen yesterday making lime bars, mostly to use up the limes I had going bad. They’re tart and sweet and a nice, bright treat for these cold and gray days. But sweets, no matter how hard I wish them to be, are not substitutes for real meals. I want comfort food. Stews and soups and fresh homemade bread. The husband is not at all a fan of soup and prefers his to have a lot of stuff in it so it’s less broth and more substance. I just want quick and easy and tasty. It has to be tasty. Maybe I’ll make some chicken noodle soup tonight… that never takes very long to make, and I have all the ingredients. Do you have a favorite stew you make for these cold snowy days? 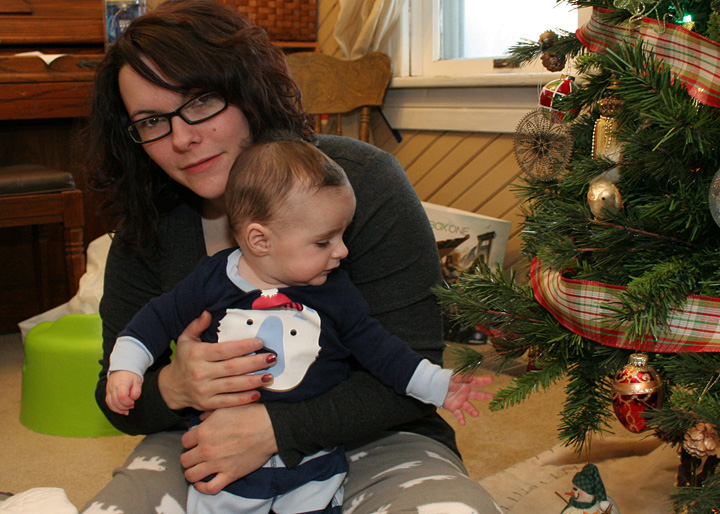