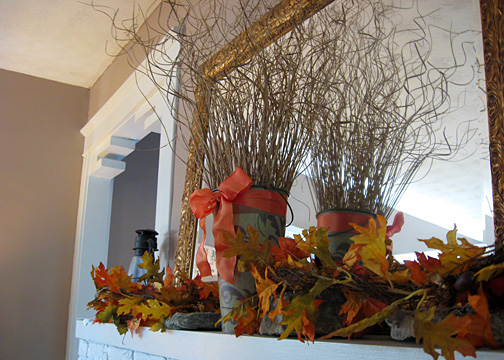 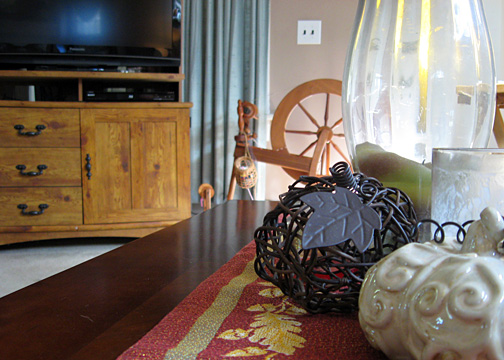 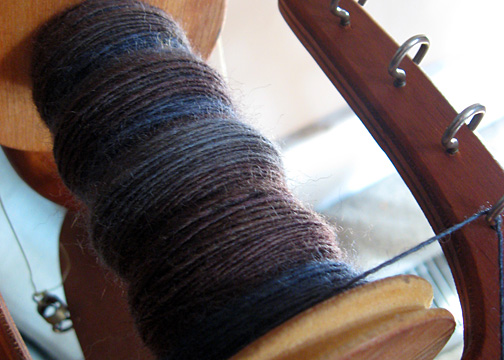 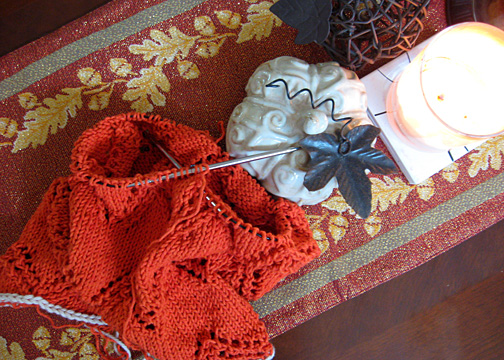 I can’t remember the last time I decorated the house for fall. It was probably sometime around when the stepson was still living with us. Every year, when school started, it put me in the mood to decorate even though it was August. It took me a bit to find the box of decorations in the basement. I still have a collection of pumpkins I’m not sure what to do with. I don’t want to get rid of them, but at the same time I’m finding myself more and more fed-up with clutter so I don’t want them just sitting around looking all… cluttered. But, thus far, the house looks somewhat festive and I feel a tad happier coming home and seeing it decorated.

Yesterday was the day for restless project-hopping. I feel like I worked on a little of everything. Mostly, though, I’ve started working on holiday projects. I realize that this is October, and as far as holiday projects go I probably should have started knitting back in January. I also realize that I’m probably a bit delusional and have visions of completing not only gift knits but also knitting holiday stockings for the Mr and I. But in the meantime, let’s just pretend that everything I have planned is perfectly attainable at this moment and not worry about the fact that I’m biting off more than I can chew. Let’s also pretend that I don’t have a lot of mixed emotions about the holidays, because once I start acknowledging those I’m going to start down a downward spiral that I’m just not ready to deal with just yet.