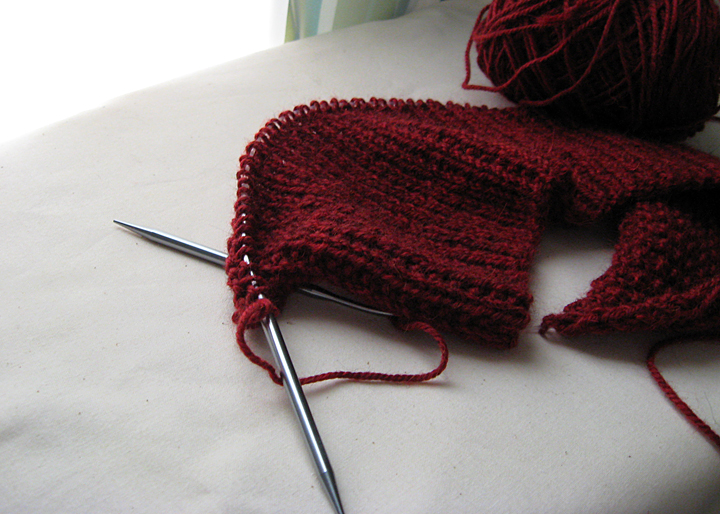 I probably should finish something I’ve already started, but instead I’ve cast on for a Solaris cardigan. I wanted something easy and not really finicky as far as charts and weird shaping and whatnot and this fits the bill perfectly. Also? No buttons! The pattern is broken rib so it isn’t quite as tedious as normal ribbing. I suspect, were this an in-the-round sweater, it’d be even less so since I could do knits instead of purls. I’m using some Ultra Alpaca from my stash, which I haven’t used before but I’m already planning on buying more providing I like how it wears once the sweater is done and there’s some weight pulling on it.

Tour de Fleece is nearly over and I’m afraid I haven’t finished spinning my second bobbin, let alone plied all of it up. So I guess I’ll make a big push to finish the bobbin tonight and ply it up… Sunday, maybe? I might be able to ply it all up in one evening… possibly. Or maybe I’ll just say screw it and do it later. I guess I’ll just have to see how it goes. And hope that next year the kid isn’t quite so attention-needy that I can sit and spin while he plays.