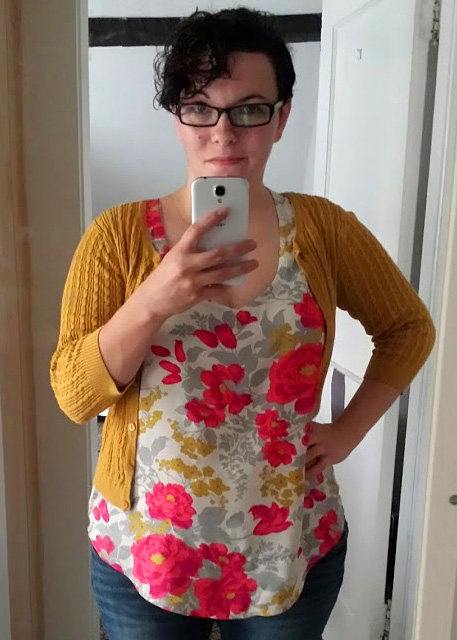 I finished this last Wednesday, wore it to work Thursday, and then promptly forgot to get photographs of it. So I’m wearing it again today and sharing a quick selfie because I’ll probably forget again down the road.

This is another Wiksten tank, only I did a straight medium size instead of the medium on top/larger size on bottom. MUCH better fit, and it looks really adorable with a cardigan. Today I paired it with this gold one, but Thursday I wore it with a grey one. I might have to knit myself up a pink one for this winter so I have something else to pair with it. The fabric is Rose Bouquet Rayon in Poppy by Joel Dewberry and I ordered it from Hawthorne Threads, which might end up being my new favorite place to order online because they carry a lot of pretty fabrics. It’s a nice change from the blah things my local Joanns carries (which is half of what the larger Joanns stores have in the bigger cities).

I definitely have plans for another Wiksten, but my next one will be the longer dress version. I have this pretty blue-with-black-dots sheer that I’m pairing with a navy sheath lining and I think it’ll look quite cute with some black tights and a cardigan for winter work wear. So you’ve not seen the last of this pattern… But, first, I’m tackling that Mesa dress from yesterday. One project at a time, at least when it comes to sewing. 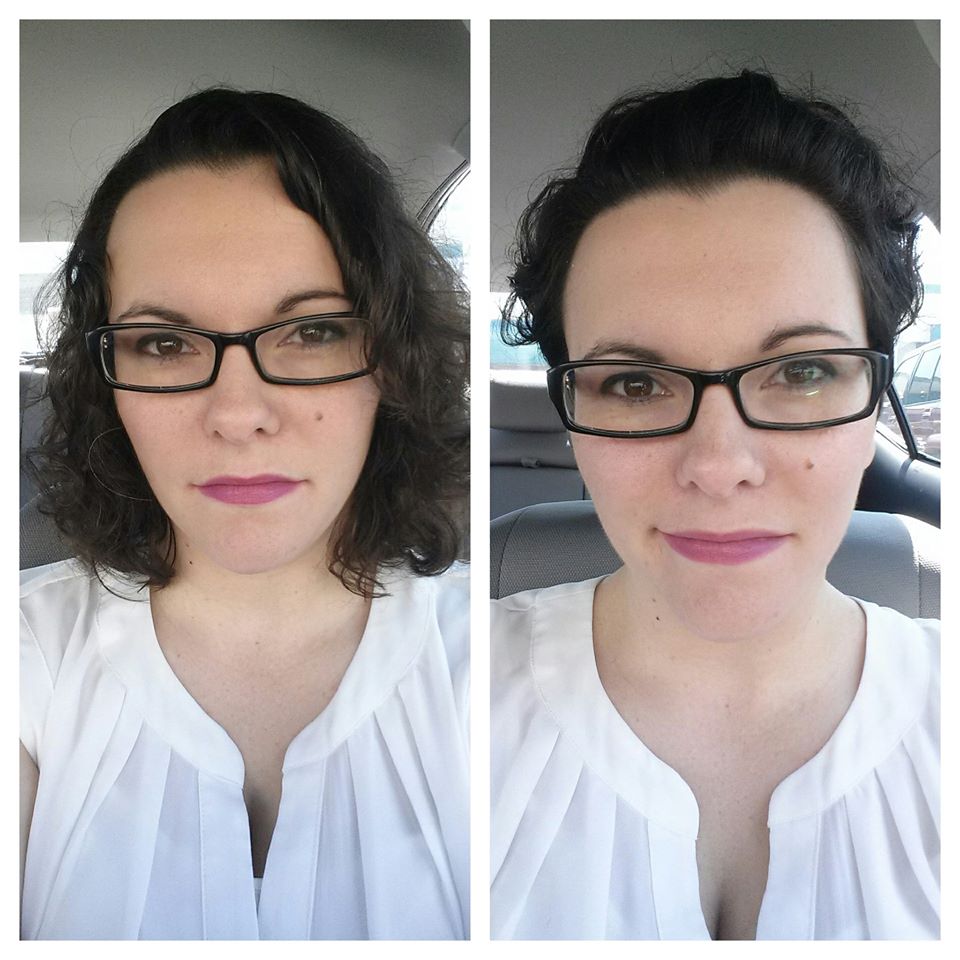 After months of keeping my long hair, well, long, I decided to go big and chop it back short like I had it a few yeas ago. I love, love, love how light I feel. It’s like being a different person!

There. I said it.

It took me searching “I hate motherhood” on Google to realize I’m not alone. Or, rather, not as alone as I originally thought. The articles are few and far between, but the few brave enough to put it out there in the open helps immensely. I suspect, based on personal experience, that anyone who does voice this opinion gets blown off. My own sister today, when I admitted I don’t like motherhood, replied with “Oh yes you do.” I mean, WTAF? We’re sisters and all, but please – let’s not pretend that you actually know how I’m feeling and my daily struggles. I will fully admit I have moments of joy, but the vast majority of those are small in comparison to the stress and frustrations of parenthood. And those “isn’t/wasn’t it all worth it?” questions? No. Not, at least, from my point of view. But admitting that gets people looking at you like you have two heads. Or like there’s something wrong with you. Or both.

“It’s not the trivial things that people complain about like peeing with an audience or having to drive to endless lacrosse games. It’s the fact that I truly liked my life better before I was a parent. I liked who I was better, and I spend an inordinate amount of time dreaming of those days.”

– I don’t like being a mother, via Scary Mommy

“This is why speaking frankly about motherhood matters, and why support matters, because what any one woman cannot summon can be summoned by the village, if it exists. And what matters even more than that is giving women the resources to cope with whatever their experience is, and the space to sort through the complex feelings that accompany it, a way for a woman to be a mother and still human, still flawed, still something other than merely an endless vessel of giving. Because as in everything, what we think we “want” is but a sliver of the picture.”

– We need to talk about women who regret motherhood, via Jezebel

You know what I think we should do? We should all just stop pretending that motherhood is the best thing ever. Or, if it is for us, we should stop thinking it’s that way for everyone else, too. Your experience is not my experience. Your feelings are not my feelings. We should stop generalizing the motherhood experience into sunshine and rainbows. We should stop expecting that every woman who has a child loves her role as a mother. I think, when we ask how a man enjoys fatherhood, we have zero expectations of him. If he says it’s great/awesome/he’s in love with it, we shower him with adoration. If he says it sucks, we chalk it up to men being men. We don’t act like men are horrible people for not loving fatherhood the same way we do for mothers who voice the same opinion. We praise men for spending time with their children, whereas women are expected to spend time with their children (or, we get chastised for not spending enough time with them).

The double standard is ridiculous. 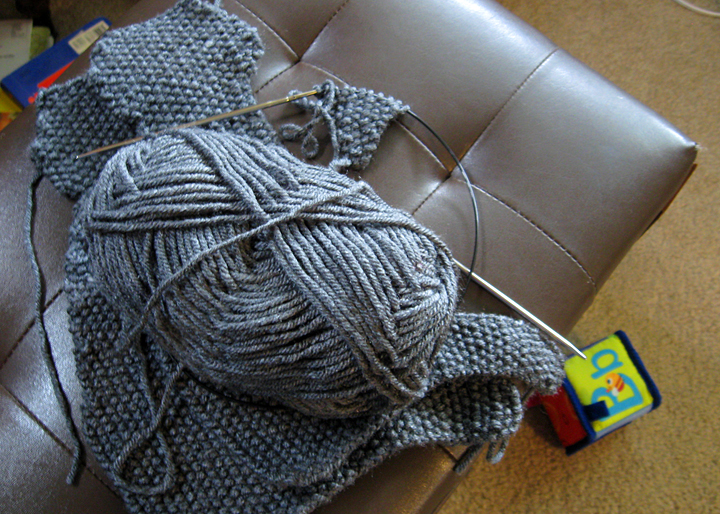 I sometimes wonder when things will ever be ‘normal’ again. If I’ll ever feel normal again. Or if, at this point, there is no more normal. Our lives have changed a lot – not just the baby, but jobs, too. It’s a lot to deal with all at once, especially when you’re not really adjusting well in the first place. I feel broken. My life feels a bit broken. I love my son. I love watching him play and grow and learn new things. I love the clever little things he figures out, like that he can get the door to the upstairs open by shoving his hand between the door and the carpet and pulling (the door doesn’t latch, we have to shove a piece of paper between the door and the latch to wedge it shut). But I don’t love motherhood. Not, at least, in the way that I feel like I should. You won’t find me ever stating that my kid is the best thing to ever happen to me, which is a sentiment I know many parents have. That feeling just isn’t there. And, since so many parents feel that way, it makes me feel like there’s something wrong with me. Something wrong with the fact that I don’t think my child makes my life complete, or that I’m not feeling over-the-top in love with being a mom.

A knitting friend of mine told me over the weekend that she can tell when I’m having a bad day by my Facebook posts. Am I really that transparent? I guess so. I don’t purposely post up over there when I’m high or low, I just post what I post. But I guess there’s a pattern.

I feel like my life, right now, is like this bunny I’m knitting. Like it’s in pieces, and I’m trying to fix it and sew it together. 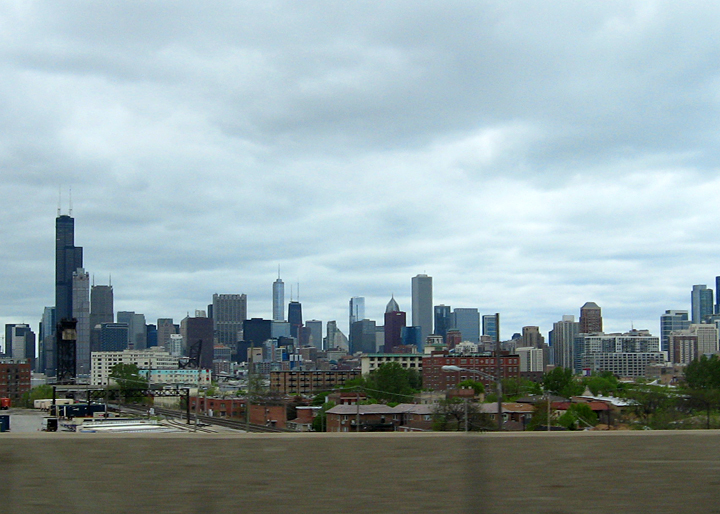 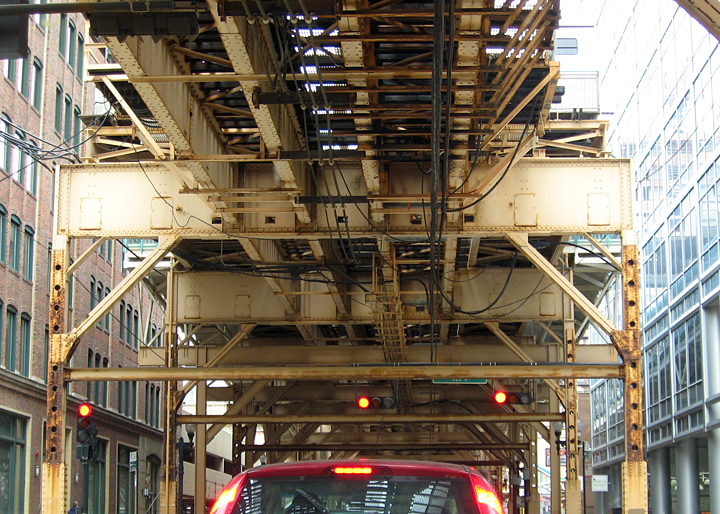 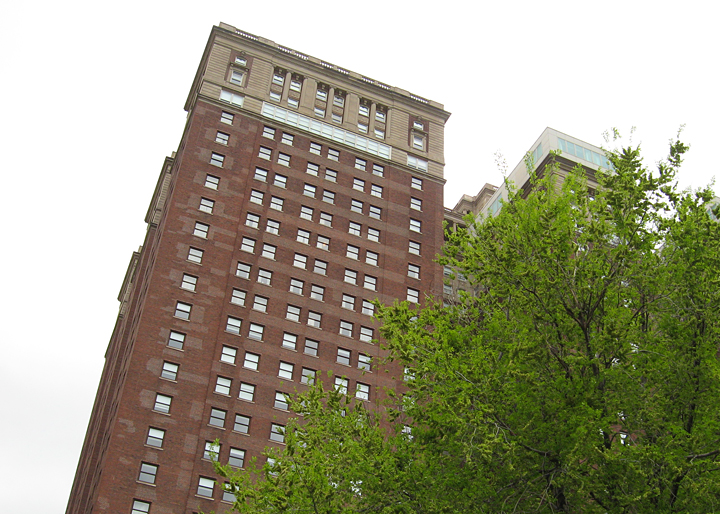 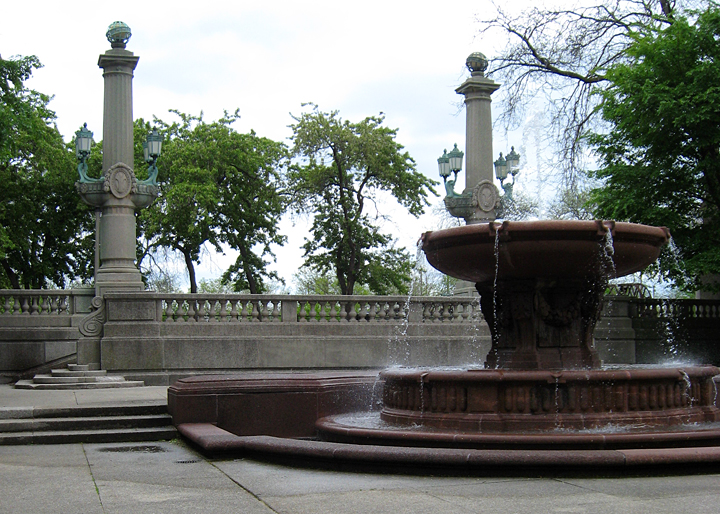 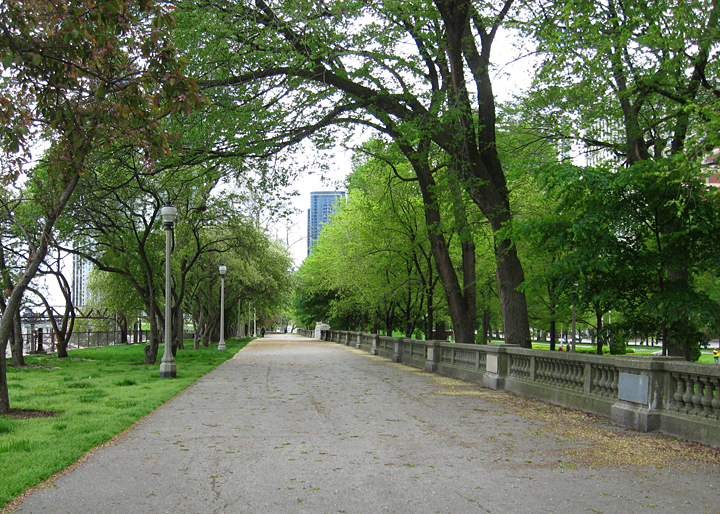 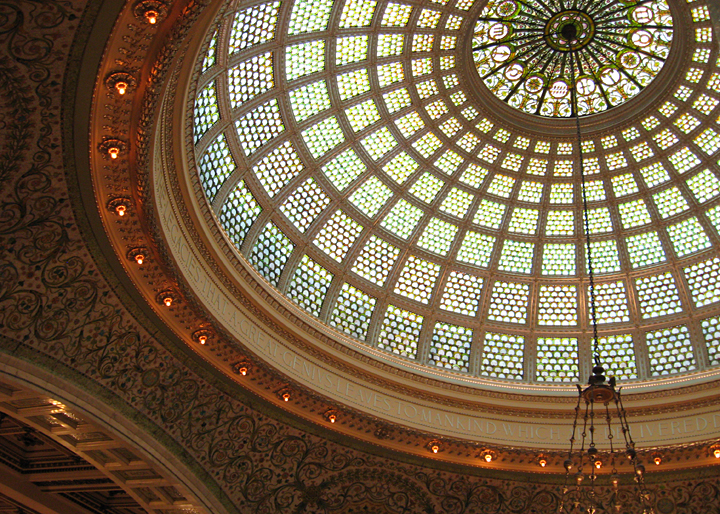 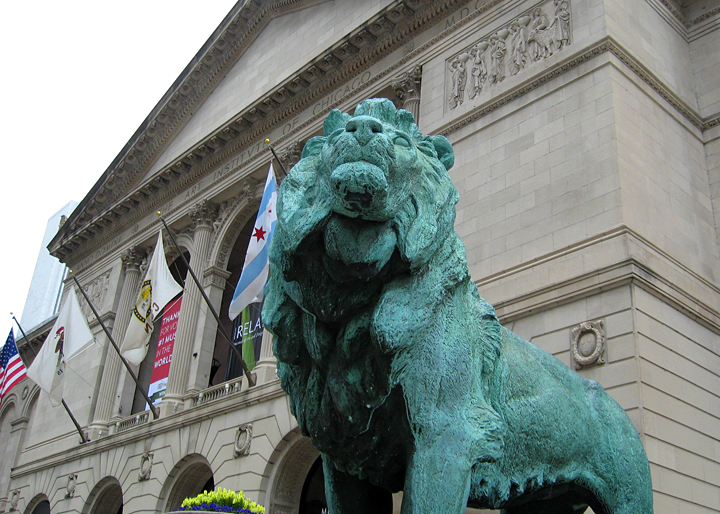 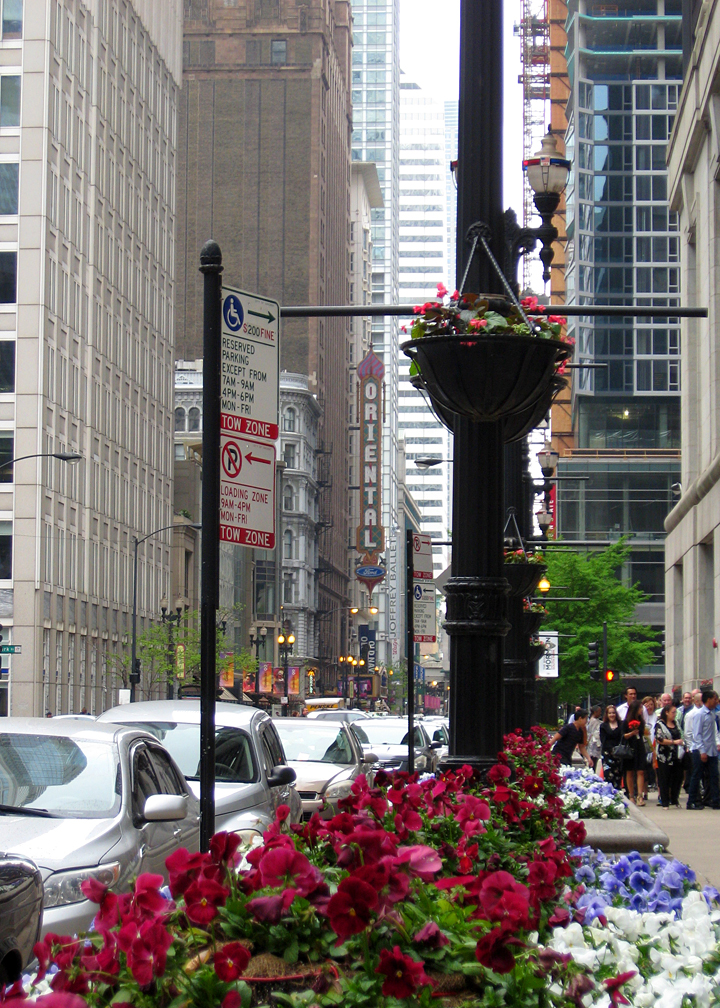 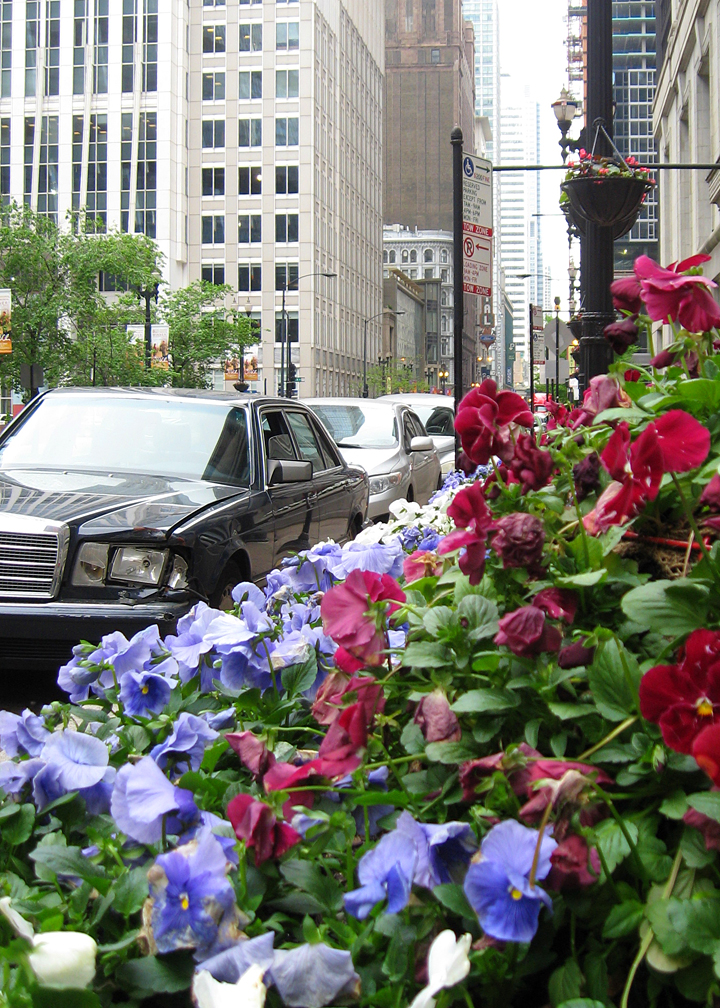 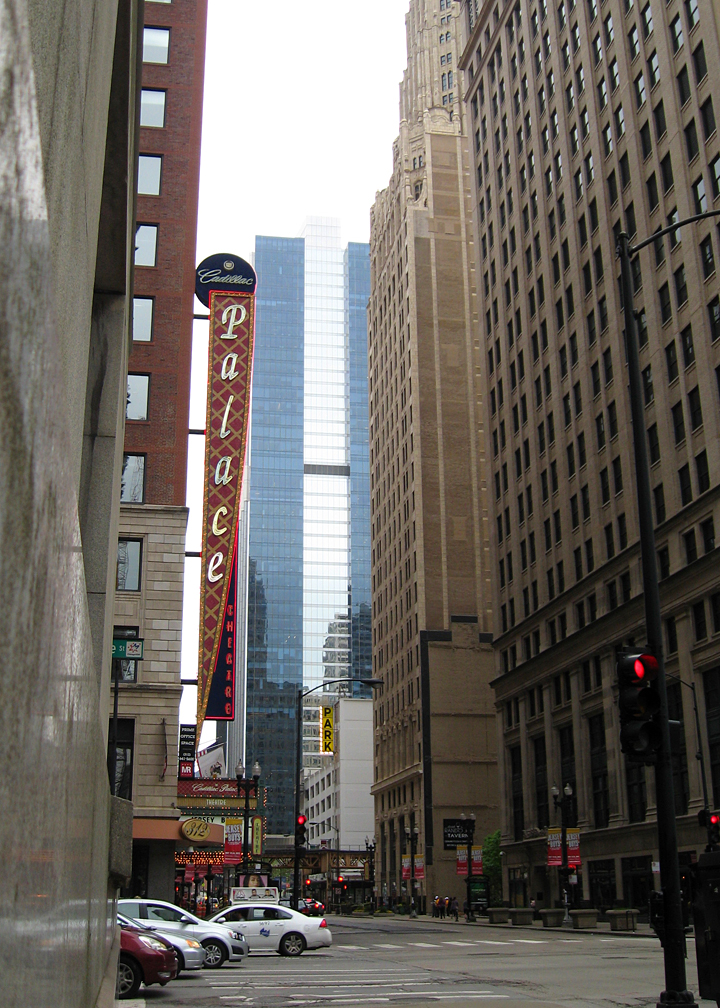 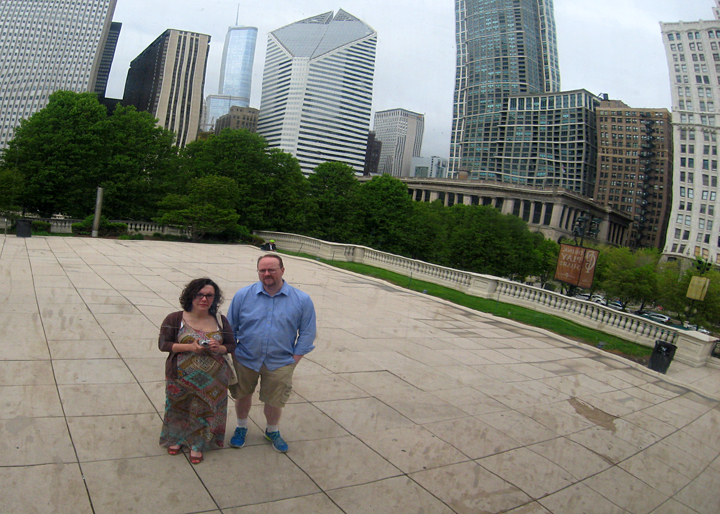 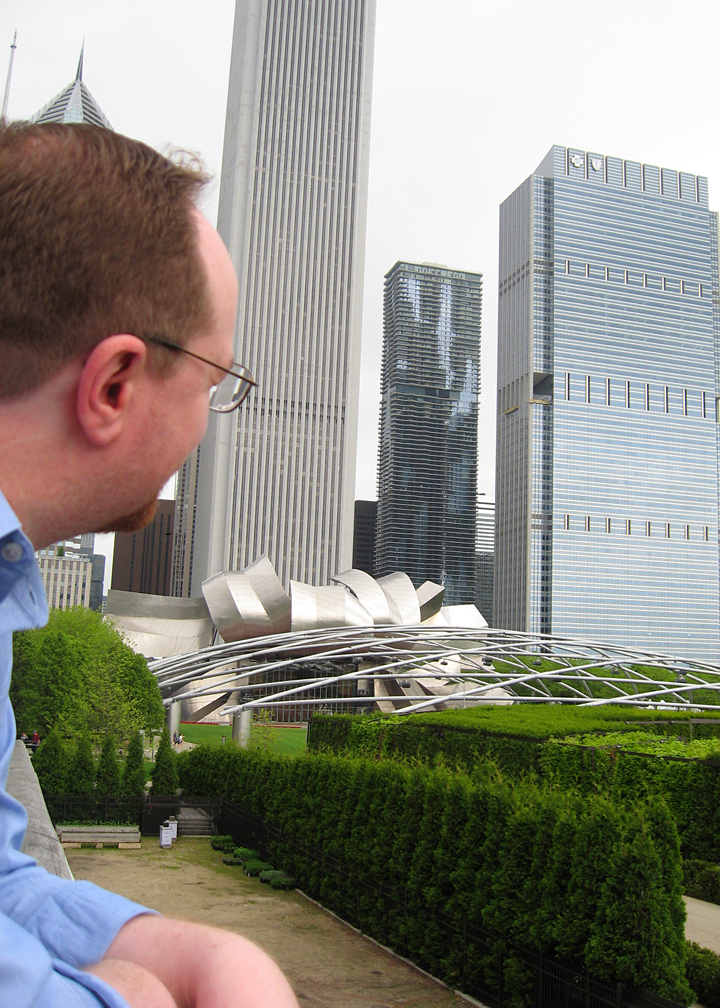 We arrived home yesterday, much to my relief. By Saturday I was getting home sick and missing the baby, to the point where that night I packed as much as I could so we’d have less to do Sunday, and then Sunday morning we were up and out of the apartment by 9am. When we arrived homeI unpacked, did the week’s laundry, and soaked up all the snuggles I could get from the Little Mr. Today we’re easing back into our routine and I’m trying to prep my lunches for the week so I’m not tempted to eat out to make up for all the eating out we did over the last week.

Tomorrow it’s back to the daily grind. A little sad, but for the best. Routines are my favorite and while it was nice to have a break from routine it’s also nice to be able to go back to them with a fresh attitude so I can adjust them as needed.